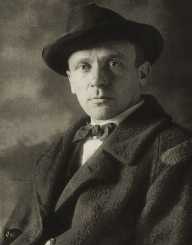 Polish writer Sergiusz Piasecki was born in Lyakhovichi, Brest Province, Belarus on the 1 April 1901. His father was a Polish nobleman, Michal Piasecki and Klaudia Kukalowicz, a servant working in the Piasecki household. He was raised by a stepmother, and he had a difficult childhood.

Sergiusz Piasecki disliked school, and after attacking a teacher, he was imprisoned, later escaping. He did not continue his formal education although later in prison, he taught himself grammar.

At the time of the Bolshevik revolution in November 1917, Sergiusz Piasecki was living in Moscow. What he saw led him to became anti-communist, and when he returned to Belarus, he joined a group of anti-Soviets led by Wiaczeslaw Adamowicz. Sergiusz Piasecki became part of a Belarusian unit under Polish command after joining the Warsaw infantry groups. In 1920, Piasecki saw action in the Battle of Radzymin. As a natural linguist who was fluent in both Russian and Belarusian he was invited to join Polish intelligence.

During the 1920s Sergiusz Piasecki organized Polish agents operating in Soviet Belarus. He also got involved in smuggling. He smuggled cocaine and fires but did not benefit from it. Instead, he used the money to bribe Soviet prison guards who watched over his imprisoned agents. He was fired from Polish intelligence in 1926 and at the same time had fallen out with the smuggler's group. He took to living rough and robbing people. Later he was caught and jailed in Lida. He was sentenced to death, but because of his former connections in intelligence, this was commuted to fifteen years in jail. He was then moved to various prisons and around this time he contracted tuberculosis

After being exposed to other writers in prison, Sergiusz Piasecki became interested in writing. When the novelist and journalist Melchior Wachowicz visited the prison Piasecki was in he obtained one of his manuscripts. Impressed with his writing, he helped him finish and publish the book. This first publication turned out to be a popular success.Walkowicz then agitated to have Piasecki released from prison and in 1937, a presidential pardon was granted.

Once out of prison Sergiusz Piasecki found being a celebrity difficult and needed time to readjust to life after nine years in prison. Around this time he did have his portrait painted by Stanislaw Witkiewicz but preferred to avoid fans and book signings.

Sergiusz Piasecki was living in Wilno when World War II broke out in September 1939. He was part of the Border Defence Corp who fought the Soviets. After they were overrun, he stayed in occupied Poland and joined the Polish resistance. They appointed Piasecki an executioner, an experience he later wrote in The Tower of Babel and Adam and Eve.

Sergiusz Piasecki fled to Italy in 1946, eventually settling in London in 1947. He was still vehemently anti-communist and joined the Union of Polish Writers in Exile. He continued with his writing including a satire entitled The Memoirs of a Red Army Officer which mocked communism.

Sergiusz Piasecki died in London in 1964.