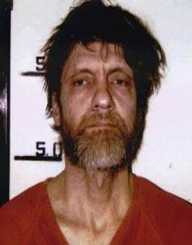 Ted Kaczynski was the most elusive homegrown terrorist in US history. His genius evasive tactics led the FBI to a 17-year goose chase.

Theodore John Kaczynski's birthday falls on the 22 May 1942 in Chicago, Illinois. His parents, Theodore and Wanda Kaczynski were Polish immigrants. His early education was in Sherman Elementary School. He joined Evergreen Park Central School. This was after his parents relocated to Evergreen Park in Illinois. Kaczynski was an intelligent child. He posted an IQ of 167 after a test done at his new school. His teachers had him skip one grade. Kaczynski was active in several clubs. He excelled in drama, chess, and was also fluent in German; a language he picked up in elementary school.

He attended Evergreen Park Community High School. His mastery of mathematics and science baffled his teachers. Again as in elementary school, Kaczynski skipped one grade in high school. He graduated from high school in 1957.

The following year Ted Kaczynski joined Harvard University on a scholarship at the age of 15. Kaczynski majored in mathematics branches of geometry and calculus. He graduated from Harvard in 1962. He then went on to earn his Master degree from the University of Michigan in 1964, and a Ph.D. in 1967.

Ted Kaczynski got himself a job at the University of California. Kaczynski became the youngest lecturer to teach at the college. He was only 25. Though his seniors liked his work, Kaczynski was not embraced by his students. Most of them narrated that he was too direct. His teaching style was purely straight from the textbook. After just two years at the college, Kaczynski resigned.

Ted Kaczynski moved through different cities trying to reinvent himself. He even lived with his parents for a while. At last, he settled in Montana. He bought and built himself a basic log cabin. It was so basic that it had no electricity or running water. Kaczynski detested the technological advancement of the society. He briefly worked at a factory with his brother David. Eventually, he was dismissed.

It is not clear why and how Ted Kaczynski chose his victims. His first target was a college lecturer in 1978. Kaczynski sent the explosive package to the engineering professor at Northwestern University. Suspicious of the package, Professor Buckley Crist alerted the campus guards. One of the officers opened the package. It exploded injuring his hand.

In 1979, he targeted the aviation industry. He managed to deliver a bomb as cargo inside an American aircraft. Fortunately, the bomb aboard the American Airline flight 444 did not explode. His second aviation target was the president of the United Airlines. The bomb exploded on him causing minor injuries. After the botched attack on an airline, the FBI was called in to investigate.

Ted Kaczynski recorded his first deadly explosion in 1985. Airforce Captain John Hauser opened an explosive package. The detonation ripped off his four fingers and one eye. Later that year, he sent another deadly package to a store owner in Sacramento. Hugh Scrutton died from the explosion. Another victim survived a near-fatal blast in 1978. Gary Wright got life-threatening nerve damage.

For the next six years, Kaczynski disappeared from the scene. The FBI was puzzled. For almost a decade they were on a goose chase for Kaczynski. He outsmarted them by leaving no tracks. He also made his explosive packages from local and simple materials found in most localities.

He resumed his bombing in 1993. For the next two years, he delivered through postal services four explosives. They had two fatalities, Thomas Mosser and Gilbert Murray.

Following his spirited bombing campaign, Ted Kaczynski decided to write to two American media houses. In the essay, he described his loathing of technological advancement. His brother David read the story. After proofreading in comparison with other articles, David concluded that it was Kaczynski. He took the FBI to the so-called “Unabomber.” Kaczynski was arrested on April 3, 1996. In his cabin, the police collected evidence for prosecution.

He was convicted on several charges and jailed on January 22, 1998. He is currently serving eight life imprisonments in Florence, Colorado.

Ted Kaczynski posted an IQ of 167. He was a genius in the like of Albert Einstein. His love for mathematics and science was never harnessed for the good of the society. Instead, his was a fight against humanity itself. He lacked a mentor to guide him in life.