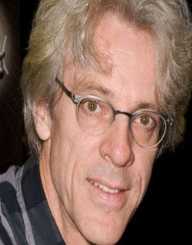 Considered one of the best drummers of all time, American musician and composer Stewart Armstrong Copeland came into existence on July 16, 1952, in Alexandria, Virginia, United States of India. His father Miles Copeland, Jr. was a C.I.A. Officer and was also one of the founding members of C.I.A and the Office of Strategic Services.

His mother Lorraine Adie, a Scottish lady, was an archaeologist by profession. Copeland was the youngest of the four children of his parents. His family moved to Egypt, Cairo within a few months of his birth. Later in 1957, his father was transferred to Beirut, Lebanon. Thereby, he spent a number of his growing years in the Middle East.

Stewart Copeland studied at the American Community School in Beirut. He began taking drum lessons after turning 12 and soon excelled in playing the instrument appearing as a drummer regularly in school dance programs.

He later went to England and attended Millfield, a Somerset-based co-educational institute, between 1967 and 1969. After that, Copeland returned to his native country and studied at the United States International University and the University of California, Berkeley.

Stewart Copeland returned to England upon completion of his study. He began exploring the world of Rock ‘n’ Roll music working for a drummer magazine as a journalist. Later, he worked as a road manager for the rock band ‘Curved Air,’ which was making its reunion tour during the year 1974.

He assumed the role of a drummer of the progressive rock band during 1975-76 as a full time regular. He made his recording debut as a drummer with ‘Curved Air’ in their 1975 album ‘Midnight Wire.’ He also made his debut as a lyricist and songwriter in the following year with the same band in the album titled ‘Airborne’ (1976) in addition to playing drums for the same.

The new genre of punk rock music was in a fast forward mode of development between 1974 and 1976. Stewart Copeland was overwhelmingly impressed by the genre. Inspired by the sound of this music he formed a rock band called ‘The Police’ to deal exclusively with such punk rock music. He ensured the presence of the punk rock musician Henry Padovani as the main guitarist of their band.

Soon, he found a gifted bassist in the form of Gordon Sumner, nicknamed Sting, working as a bassist in the predominantly jazz-fusion band ‘Last Exit.’ Copeland was able to convince Sting to join ‘The Police’ which the latter did in 1976. ‘The Police’ went full throttle after that and released their first singles titled ‘Fall Out’ and ‘Nothing Achieving’ in the ‘B’ side in early 1977. Both Copeland and his brother penned most of the songs for ‘The Police.’

‘The Police’ was immensely successful during the 1980s. The various songs of the band became the best sellers in the market making the name of the band a raze among the music lovers.

Besides his exploits as a rock and pop musician Stewart Copeland successfully made a variety of movie scores and video game soundtracks as well. He earned a Golden Globe Award in 1983 for his score in the movie ‘Rumble Fish.’ He started composing soundtracks for movies, video games and television with increasing frequency since 1984 when his band ‘The Police’ stopped its musical tours.

He went solo and released the album ‘The Rhythmatist’ in 1985. The album featuring local African drums and different other types of percussion as well as musical instruments was used as the official soundtrack to the movie of the same name. Copeland has collaborated with Les Claypool of Primus and Trey Anastasio of Phish and created a band named ‘Oysterhead’ in 2000.

They began composing chamber ensemble music, and in 2005, Stewart Copeland released a live recording of the same which was titled "Orchestralli." In the same year, he started a new project called ‘Gizmo’ with some of the most popular and illustrious names on board including bassist Max Gazzè, multi-instrumentalist Vittorio Cosma, guitarist David Fiuczynski and singer Raiz making their U.S. debut on September 16, 2006, at a drum festival called ‘Modern Drummer.’

Stewart Copeland married Sonja Kristina, a ‘Curved Air’ vocalist, on July 16, 1982. They together have two sons in addition to Kristina’s son Sven from her earlier relationship, whom Copeland adopted.

They were divorced during 1991. He married for the second time in 1992, tying the nuptial knot with Fiona Dent. They together have two daughters and one son. Stewart Copeland lives in Los Angeles at present.