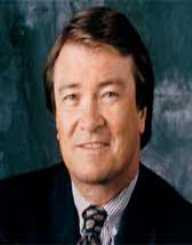 Steve Kroft is an award-winning American journalist most remembered for his investigative segment 60 minutes. His complex reports and various presidential interviews earned him many awards.

Steve Kroft was born in Indiana in the U.S. on 22nd August 1945. His father, Fred Kroft worked as a metallurgist at Union Carbide Corporation, a chemical company.

Kroft's childhood dream was to become a golfer. He grew up watching his father play golf. He started joining his father at golf pitch at the age of 12.

Steve Kroft went to Kokomo High School where he was a member of the golf school team. He graduated from high school in 1963 where he enrolled in Syracuse University. It is during his time in the University when he started playing golf competitively. He also developed a passion for journalism.

Kroft decided to add on journalism subject to the list of units he was taking at Syracuse's S.I. Newhouse School of Public Communications. He graduated from the university in 1967 with a bachelor's degree in Science and immediately became a member of Kappa.

Several years after working, he decided to return to school, with the intention of furthering his journalism skills. He graduated from Columbia University in 1975 with a master's degree in journalism.

Later after his graduation, Steve Kroft joined the United States Army and was drafted to serve his country in the Vietnam War.

In the Army, he was a member of the 25th Infantry Division where he was an armed forces reporter. His task was to ensure the safety of reporters who were documenting the events of the war. It is during his time in the army when Kroft met several prominent reporters including Morley Shafer who he would later work with in his future projects.

In 1971, Steve Kroft left the army to begin his journalism career. He landed a job at WSYR-TV, a local television. His breakthrough came in 1980 when he landed a job as a journalist at Northeast News Bureau in New York.

He was later moved to Dallas in 1981 as the News Station's correspondent where he worked for one year before returning to Florida where he was assigned to Miami Bureau.

After three years with the network, he was promoted to become an international correspondent where he was posted to London.

Steve Kroft move to London led to a rapid rise in the journalism world. His various investigative stories across Europe won him Emmy Awards.

Most of his assignments were on sectarian violence and terrorism. His most prominent story was the assassination of Indira Gandhi, the Indian Prime Minister.

Steve Kroft landed at his dream job in 1989. He was appointed the correspondent of 60 minutes, a popular News show in CBS. In his 20 years tenure, he has been involved in many investigative segments and has chronicled some of the most important events the history of the United States.

Steve Kroft became the first journalist in America to be granted access to the polluted Chernobyl nuclear power complex in Ukraine.

His historic interview with the Clinton family is regarded as an interview that changed the dynamics of 1992 United States of American Elections.

Steve Kroft is married to Jennet Conant is a writer and a journalist. The two have one son together. His family stays in New York.