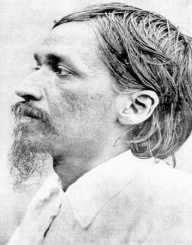 Sri Aurobindo was born on August 15th, 1872. His place of birth was in Kolkata, India. To the entire world, Aurobindo was not only a great scholar, but he was also a renowned spiritual leader. He was part of the Indian Movement that fought for independence from the ruling of the British. After playing a vital role in the Indian Movement, he shifted gears and became a spiritual leader. He passed away on December 5th, 1950 at the age of 78.

Sri Aurobindo was born on August 15th, 1872. At the time of his birth, he was given the name Aurobindo Ghose. His father, Krishna Dhun Ghose worked as an assistant surgeon. His mother was called Swarnalata Devi. During the early stages of Aurobindo’s life, his father believed that the British were superior beings. As a result, they were brought up learning and speaking English.

Aurobindo and his older siblings were sent to a boarding school where they could improve their language skills. Going to boarding school was also a move that would ensure that they were far away from their mother who was mentally ill.

When Aurobindo Ghose was seven years old, he migrated to England where he stayed for the coming 14 years. The first school that he enrolled in was the St. Pauls School- 1884. He performed well and earned himself a scholarship to the King’s College in Cambridge England-1890. Just like his father had wished for, his son managed to complete the Indian Civil Service exam successfully.

After completing years of studying in England, Aurobindo was back in his home country in 1893. Upon his return, he got employed and began getting accustomed to the Indian culture that he had not been used to. He took 12 years working in the Baroda state in different kinds of jobs.

Aurobindo Ghose worked as a teacher, Baroda College’s vice principal, and also as a secretary to Maharaja of Gaekwad. These jobs gave him the opportunity of interacting more with Indians and thereby learning more about their culture. His interest in politics was encouraged by the knowledge he had gained about India and the negative influence that the British had had on its citizens.

Soon, Aurobindo Ghose was at the frontline fighting for independence from the British colonization. After a short period, he partnered with other groups that were also resisting the British rule. In 1906, he shifted to Kolkata. This was prompted by the fact that Bengal was being partitioned. Around this period, he actively involved in building the revolutionary atmosphere in India. Some of the young revolutionaries that Aurobindo motivated include Bagha Jatin, Surendranath Tagore, and Jatin Banerjee.

In 1908, Aurobindo was held behind bars following the allegations that he was involved in the Alipore Bomb Case. The British held him captive for a year before releasing him. It is while spending time at the Alipore jail that he thought of his spiritual journey. He felt that he was not ordained to guide India to freedom.

With time, Aurobindo Ghose migrated to one of the French colonies at that time called Pondicherry. Here, he began a new and quiet spiritual life away from politics. In addition to taking his spiritual journey seriously, he also strived to proceed with his philosophical career. In 1914, his first philosophical magazine called Arya was out.

Gradually, Aurobindo Ghose gained followers that were interested in his spiritual and philosophical teachings. These numbers kept of rising each day and soon Sri Aurobindo Ashram was established in 1926. Several books were devised from Arya publication such as The Life Divine, The Secret of The Veda, The Upanishads, The Human Cycle and The Synthesis of Yoga.

Sri Aurobindo got married at a time when he was 28 years old. He wedded a young girl who was 14 years old called Mrinalini. She later passed away in 1918 as a result of an influenza outbreak.