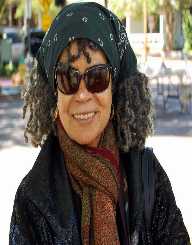 Wilsonia Benita Driver was born 9th September 1934, in Birmingham, Alabama, in the United States. Her mother died shortly after she was born, and Sanchez spent her first few years being moved from relative to relative.

She was living with her grandmother when her grandmother died. Sanchez was six years old. It was a devastating time for her. She developed a stutter which caused her to become an introvert, and due to the situation, she took up reading.

In 1943, she moved to Harlem where her father was living with his third wife and Sanchez’s sister. During this period, Sanchez worked on her stutter and overcame it, and she then went on to do extremely well at school.

Sanchez studied at Hunter College. She graduated with a Bachelor Degree in Political Science. She did her postgraduate studies at New York University, where she studied poetry.

Sanchez was a 5th grade teacher at Downtown Community School in New York until 1967.

She has taught at eight universities as a professor, and she has lectured at more than 500 college campuses in the United States.

Sanchez was the first person to offer a course in Black Studies at university level. She believed her course offered a new platform for the study of race, while at the same time challenging the institutional bias of universities in America. These thoughts were clearly aligned with the Black Art Movement which Sanchez supported.

Sanchez began working at Temple University in 1977, and she was the first Presidential Fellow. She had the Laura Carnell chair until 1999 when she retired.

Sanchez has always been involved with civil rights. She is a supporter of the National Black United Front, the Civil Rights Movement, and the Black Arts Movement. She met Malcolm X in the early 1960s.

Sanchez joined the Nation of Islam in 1972, but three years later she left the organization because she didn’t agree with their views on women’s rights.

During the 1960s, she earned the reputation of being an important voice in the Black Arts Movement. She had poetry and essays published in various black publications, including, Negro Digest, Black Dialogue, and The Liberator.

Her poetry was seen to be an outlet for discussing the development of black nationalism and identity. Sanchez was also seen as instrumental in the pioneering days of black feminism.

In 2012, the mayor of Philadelphia, Michael Nutter, appointed her the first Poet Laureate. She held the position until 2014.

Sanchez has also released two recordings – A Sun Lady for All Seasons Reads Her Poetry (1971), and Every Tone a Testimony (2001).

Among her awards and honors, Sanchez has the following:

Sanchez was briefly married to Albert Sanchez, but she retained his name as her professional name. She had a daughter with Sanchez.

In 1968 she married Etheridge Knight, and the couple had twin sons. They later divorced in 1972.