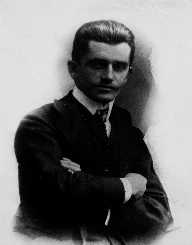 Car designer Ferdinand Porsche was born on the 3 September 1875 in Maffersdorf. Maffersdorf is now part of  Liberec City in Czechoslovakia. When Porsche was born, Maffersdorf was part of Bohemia and had been settled by German tradespeople as part of the Austro-Hungarian empire. He was the third child born into the family and one of five children.

Porsche’s father was tradesman who ran his own plumbing business. After the death of his older brother, Porsche was expected to train to take over the company, and he did complete a plumbing apprenticeship. However, as a young boy, Porsche had become interested in electricity. At the age of fourteen, he began doing experiments with batteries and acids.

Ferdinand Porsche graduated from the  Imperial Technical School in Reichenberg.  Instead of working for his father, he then did an apprenticeship with an electrical engineer company, Bela Egger & Co in Vienna. At the same time, Porsche also studied part-time at Vienna’s Technical High School.

At Bela Egger & Co. Porsche worked in their experimental and testing department on electric vehicles. In 1897 he built an electronic wheel-tub motor and the same year Porsche got a job with Jacob Lohner & Co. in their new Electric Car Department.

During the period 1902-1905 Porsche was called up for military service. He served in the military as a driver for and on one occasion drove Archduke Franz Ferdinand of Austria, whose assassination was a factor in the outbreak of World War I (1914-1918).

Porsche returned to Loher in 1905, changing employers when he joined Austro-Daimler as their technical manager. Porsche won the Prinz-Heinrich Fahrt reliability rest in 1910 in a car that he had designed.

During his time with Austro-Daimler, Porsche also designed aircraft engines, fire engines, trolley buses and transports systems. He left the company to join Daimler-Motoren-Gesellschaft where he worked on the development of the Mercedes S, SS and SSK. Porsche drove the Mercedes cars to victory at the Targa Florio in 1924. Then he joined Steyr-Werke AG in Austria (1929).

Eighteen months later Porsche established his own independent car design company and was joined by his son Ferry.  In 1931 Porsche took out a patent for the torsion bar suspension, this design was based on a construction that went back to Leyland in 1921. During the depression years of the early 1930s in Europe, Porsche designed a racing car to a new formula set by the International Sports Commission.

In mid-1934 Hitler commissioned Porsche to design a car suitable for the masses, something they called the Volkswagen, translated this means the people’s car. Three prototypes were finished by 1936. As the design was similar to that of Hans Ledwinka, Porsche was accused of infringing on Tatra’s copyright. A lawsuit was underway when Germany invaded Czechoslovakia. Porsche was in charge of production assisted by a Nazi administrator. In the meantime, his son was running the Porsche design firm. Around this time Porsche was being talked about as the great German engineer. The Nazi’s suggested that he change his citizenship from Czech to German and he did so. The plant to build the car was destroyed by bombing in 1944 and only went into full production in 1946.

Ferdinand Porsche worked on the Tiger Programme during World War II designing a heavy tank, but the makers of the Panzer tank won the contract. Instead, Porsche won a contract to convert the Porsche Tiger chassis into a tank destroyer called Panzerjager. His design firm also worked on other various projects for the Nazis.

When World War II ended in 1945, Porsche was arrested by U.S. Army. He was interrogated and released only to be re-arrested by the French who imprisoned him until August 1947. By the time of his release, his health was starting to fail.

During his father’s imprisonment, Ferry Porsche had designed a car in his absence. Porsche was delighted with the result, and together father and son completed Project 356, the first vehicle to be sold as a Porsche.  Ferry later said that the Volkswagen inspired his design. The first Porsche sports car was completed on the 8 June 1948, a year after Porsche’s release from prison.

In 1950 the company relocated to Stuttgart.

The lawsuit against Porsche was claiming infringement of Tatra’s patents was eventually settled when Volkswagen paid three million DM to in settlement in 1961. The violation related to the air-cooling of the rear engine.

The Global Automotive Elections  Foundation named Porsche their Car Engineer of the Century in 1999.

After the Porsche company was publicly floated in 1972, family members were banned from managerial positions.

The last member of the Porsche family to have been involved in the design of a Porsche was his grandson Ferdinand Butzi Porsche (b.1935-d.2011).