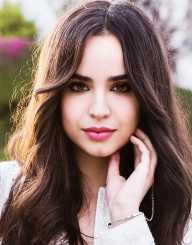 Sofia Daccarett Char went to St. Hugh School and then studied at Carrollton School of the Sacred Heart in Miami, from where she graduated. She then went on to study at the University of California, with a major in Communications, and a minor in French.

Sofia Daccarett Char is more commonly known as Sofia Carson and is an actress and singer. Char signed with BMI in 2012, as a singer-songwriter. Her television career began when she appeared as a guest on Austin & Ally, which was airing on the Disney Channel in 2014. She then won the role of Soleil in the MTV series, Faking It. From there, she was cast in the role of Evie, in the Disney Channel movie, Descendants, in 2015. In 2016, Sofia Daccarett Char was cast in two movies, Tini: The Movie, and A Cinderella Story: If the Shoe Fits. Sofia Daccarett Char has been in several television series and movies, including the sequel to Descendants, called Descendants 2.

In March 2016, Hollywood Records and Republic Records made the official announcement that Sofia Daccarett Char had signed a worldwide recording deal with them. She has released several songs since and has also performed in several specials including NBC’s 2015 Thanksgiving Parade, ABC’s Disney Parks Christmas Celebration, and ABC’s Disneyland 60th Anniversary Special.

Sofia Daccarett Char’s success has gone from strength to strength and shows no signs of slowing down.