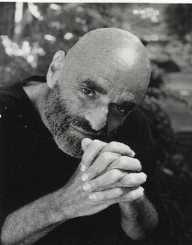 Shel Silverstein was born on September 25, 1930, in Chicago, Illinois.

While Shel Silverstein served in the Army, Shel Silverstein published some of the cartoons in the Pacific Stars and Stripes, a military magazine.  His work got a big boost in recognition after appearing in Playboy regularly for his cartoons and poetry.

Shel Silverstein made a career for himself by wearing many hats.  Shel Silverstein was a poet, an illustrator and cartoonist, a singer, a songwriter, and an author. Art was Silverstein's love, and his cartoons were distinctive and recognizable.  However, Shel Silverstein found profitable joy in publishing poetry in a variety of magazines like Playboy and Sports Illustrated.

Eventually, Shel Silverstein published anthologies and collections of poems and cartoons.  Playboy's Teevee Jeebies and Grab Your Socks were just a few that got him started in the 1950s. With successful experience in poetry, the transition into professional songwriter came easily.  His first album titled Hairy Jazz was released in 1959. By far, Shel Silverstein's greatest success came from his work writing children's books.  One of his earliest publications was The Giving Tree. Published in 1964, it gave a simple look at life from childhood to old age. It became an international success and had ranked as one of the top books for children of all time.  Shel Silverstein also published poetry collections for children including Where the Sidewalk Ends and A Light in the Attic.

Shel Silverstein also put his creativity to music.  He wrote comedy songs.  They gained popularity from radio shows such as Dr. Demento.  Some of the titles include "The Great Conch Train Robbery," "Sylvia's Mother," and "A Boy Named Sue."  That song, in particular, earned Silverstein a Grammy Award in 1970.

Shel Silverstein was also a playwright.  In his lifetime, he wrote hundreds of plays.  Some were dark, but most were witty. In the 1990s Shel Silverstein published two more books for children, and his work continued to be published after his death.

For a while, it did not appear that The Giving Tree was even going to be published.  It was difficult for editors to distinguish if it was meant for children or for adults.  There were many discussions about the sadness and bleak life it portrayed.  Harper Collins published it, and it has been a success ever since.