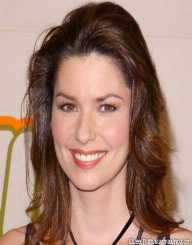 Shania Twain is one of the first and most famous female artists recognized in the field of country singing. She is a five-time Grammy Award winner and has produced hits such as Come On Over in her long musical career. Several of her albums have sold multi-million copies in the U.S. only.

Shania Twain was born as Eileen Regina Edwards on August 28, 1965, in Windsor, Ontario, Canada. Her father deserted her mother Sharon, who later married Jerry Twain. Shania grew up in a problematic home witnessing regular fights between her parents.

Music was an escape from all the daily dramas of her home, and Shania Twain started writing her songs by the age of 10. Her mother Sharon supported her musical education, and they barely managed to get by.

Shania Twain went to study at the Timmins High School. Her dreams of making it big in the music industry were shaken by an unfortunate car accident in which both her parents died. Shania started taking care of her siblings and did part-time gigs to make money for her household.

Once her siblings were self-dependent, Shania Twain was free to pursue her music career full time. From a humble start, she soon jumped to phenomenal success.

Shania Twain did small shows and local gigs, till she was signed to Polygram records. Her first album titled, Shania Twain, came out in 1993. The album was a moderate success. However, Twain caught the eye of songwriter Robert Lange.

Shania Twain and Lange got together to work on her second album titled, The Woman in Me. The album brought her phenomenal success and 4 Grammy nominations for which she won the Best Country Album award. She and Lange then collaborated over several albums and songs, like Come On Over, which sold over 40 million copies. She followed this success with the 1999 album; You’re still the One.

Getting together with Lange proved to be great for Shania Twain's career. They understood each other’s music, and eventually, got married to each other. Some of the most popular songs from Twain in this period include, Whose Bed Have Your Boots Been Under, Any Man of Mine, Come On Over, Man! I Feel Like a Woman, From this moment on and That don’t impress me much.

After separating from Lange, Shania Twain developed dysphonia that causes the tightening of vocal muscles and was unable to sing. Part of the reason was her extreme depression due to Lange’s infidelity.

In 2012, Shania Twain made a comeback to the limelight. She has then been performing stage shows at the Caesars Palace in Las Vegas.

Shania Twain was awarded the CMT Rising award in 1993, and best female artist of the year in 1995.

Shania Twain’s first husband was Robert Lange, a songwriter and rock musician. They came close while working on Twain’s second album and got married. After a seven-year-long relationship, Twain discovered Lange having an affair with her assistant. This devastated her, and the couple separated in 2010. From her first marriage, Twain has a son. His name is Eja.

In her assistant’s ex-husband, Frederick Thiebaud, Shania Twain found someone to comfort her. Sharing each other’s sorrows, they started dating and became married after some time.