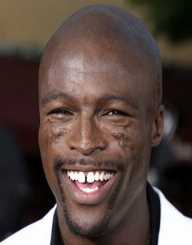 Seal was born on February 19th, 1963 in Paddington, London. Seal is famous for being a singer and a songwriter. One of his major hits was with the release of “Killer.” This landed him on top of UK charts before releasing his first album in 1991. He is a worldwide phenomenon as he has released albums that performed well over his singing career. Human Being was one of the albums that got him high acclaim. Hit songs that have hit the headlines are "Crazy," "Kiss From a Rose," and "Prayer for the Dying." "Kiss From a Rose" earned Seal some Grammy Awards.

Seal Henry Olusegun Olumide Adeola Samuel is popularly known for his name Seal. He was born on February 19th, 1963. Her mother, Adebisi Ogundeji is a Nigerian native. His father, Francis Samuel is a Brazilian native. Seal was not raised by his parents as he was raised by foster parents residing in Westminster, London. Seal studied architecture before later concentrating on his music career.

After moving from job to job, Seal finally decided to concentrate on music as his professional career. At the beginning of his career, he sang in local bars during the 80s. In 1987, he partnered with the band Push and made tours with them in Japan. Later on, while in Thailand, he joined another blues band and spent a short period performing with them. He also spent a few years touring India on his own. With time, Seal was back to England and shared a room with one of his modeling friends, Julian Bunster.

During the 90s, Seal crossed paths with Adamski, a renowned producer. He was given the lyrics to “Killer” to sing, and this led to his recognition. The hit song performed well on the UK charts earning Seal the success that he had strongly craved for. With time, the hit single went to be ranked as the best in the UK. Shortly after this success, Seal signed a singing contract with ZIT Records. This allowed him to work with Trever Horn, a producer who would work on other four albums Seal released. An album named Seal released in 1991 was well received out there. Some of the hit singles within the chart were "Crazy" and "Future Love Paradise." "Crazy" outperformed other songs, and it was soon ranked as second on UK charts. Billboard Hot 100 ranked the single as number 7 in the United States. The following year in 1992 Brit Awards, he was bestowed with three awards for best male, best video, and best album.

In 1994, Seal released Seal II. This album featured singles such as "Prayer Before Dying," "Newborn Friend" and "Don't Cry." The album also got him recognition as it was listed as part of the Grammy nominees for best album.

Seal’s 1994 album also featured one of his best works "Kiss From a Rose." The hit song was adopted in Batman Forever film soundtrack which also contributed to its success. The single song earned Seal a Grammy award as it was the Record of the Year. Additionally, the highly acclaimed song was recognized as the best song of the year in 1996, and therefore Seal earned another Grammy award.

Human Being, his third album was released in 1998. This album talked about the tumultuous life that Seal had gone through. Months after being released, it was bestowed with Gold record certification. The album featured singles such as "Lost My Faith," “Human Being” and "Latest Craze."

Seal has a brother named Jeymes Samuel. He is also a famous singer and a songwriter. He tied the knot with famed model Heidi Klum in 2005. The pair divorced in 2012. After their separation, Seal began dating Erica Packer. Seal is a proud father of two sons and two daughters.