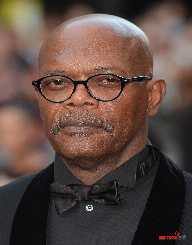 Samuel. L. Jackson is an excellent renowned television and film actor. He appeared in more than100 films in his career life. In spite of his difficult childhood, he managed to become a successful Hollywood star. Jackson is among the highest paid film actors. One interesting fact about Jackson is that he was an accomplished musician, with the ability to play bass instruments. He also had a signature Kangol hats in most films.

On December 21, 1948, Elizabeth Jackson was blessed with a son, Samuel Leroy Jackson in Washington D.C. She brought him up in Chattanooga, Tennessee most of his childhood. His father passed away due to alcoholism. Jackson was a stammerer who was abandoned by his father at a tender age. He worked hard and pursued a career in acting.

Jackson went to several segregated schools. During this time he enjoyed playing the French horn and the trumpet. Jackson suffered from stuttering in his early childhood life. Previously, Jackson wanted to pursue marine biology at Morehouse College in Atlanta. After unraveling his talent as an actor, he switched careers. In the year 1972, he co-founded the 'Just Us Theatre' group and graduated the same year.

Samuel. L. Jackson started with small roles in films like 'Goodfellas,' which gave him exposure. This experience earned him the major roles in movies like 'Jungle Fever, 'Pulp Fiction,' 'Patriot Games', ''Jurassic Park,' 'True Romance.' which resulted in several nominations and awards. Jackson was also involved in the Civil Rights Movement. In the year 2008, he campaigned for Barrack Obama as the 10th senator then. He started a charity organization known as ' Prizeo' bringing out his humanitarian nature. This organization's main role was to raise funds to aid in fighting Alzheimer's disease.

In the year 1972, after featuring in many plays, he made his debut in Blaxploitation film 'Together for days.' He appeared in 'Moving on' television series four years later. He spent the next few years featuring on stage plays after moving to New York City. Samuel. L. Jackson featured in 'The Piano Lesson' and 'Two Trains Running.' Also, he featured in 'The Displaced Person' in the year 1977.

It's assumed that Morgan Freeman was his mentor as an upcoming actor. He took up significant roles in 'School Daze' and 'Do the Right Thing,' in 1988 and 1989 releases respectively. He featured in 'GoodFellas,' in 1990 playing a minor role and as a substitute for three years in 'The Cosby Show.'

From the year 1990-1993, he worked on various films like 'The Return of Superfly,' 'Def Temptation,' 'Strictly Business,' 'True Romance,.' Jackson also acted in 'Jurassic Park,' 'Jungle Fever,' 'Patriot Games' and 'Meteor Man.'  In 1994, he assumed the role of 'Jules Winnfield'' in the 'Pulp Fiction' hit film. Jackson becomes famous after the launch of this movie and its consequent success.

Between 1995 and 1996, Samuel. L. Jackson starred in mediocre movies. He resurfaced in more prominent films and established his position again as a star with ' Die Hard with a vengeance' movie in 1995. The next year Jackson played a role in 'A time to kill'. He was Trevor Garfield in 'One Eight Seven' in the year 1997. Jackson starred in a few other films. In that same year he appeared in a TV series, 'Happily Ever After’ ‘Fairy Tales for Every Child' and 'Off the Menu,' 'The Last Days of Chasen's.'

This was followed by four other films in 1998. The following year, Jackson starred in the thriller 'Deep Blue Sea' and episode 1 of 'Star Wars.' His life in the film industry was marked with successful films in the following New Year like, 'Rules of Engagement,' 'Shaft' and 'Unbreakable.'

Samuel. L. Jackson co-featured Julianne Moore in 'Freedom land' in the year 2006. That same year he starred in 'Snakes on a Plane' and in a promotional music video. He played the role of a doctor in 'Home of the Brave' towards the end of the year. The beginning of 2007, Jackson proved to be very versatile after featuring in different genres of films 'Farce of the Penguins', 'Black Snake Moan' and 1408 (horror movie).

During 2008 & 2011he engaged in 'Iron Man,' 'Star Wars: The Clone Wars,' 'Soul Men,' 'Iron man 2', 'Gospel Hill,' 'Inglorious Basterds,' 'Unthinkable,' 'African Cats,' 'Captain America' and 'Arena'. One of his major works in 2012 was Quentin Tarantino Film, 'Django Unchained,' he starred as Stephen. He also featured in amines by DreamWorks, 'Turbo' and 'Old Boy' the following year.2014 he starred in 'Reasonable Doubt,' 'Robocop,' 'Captain America: The Winter Soldier' and 'Kite.'

Jackson tied the knot with LaTanya Richardson and was blessed with a daughter, Zoe.In his free time, he collects action figures of all the charters portrayed in his films and enjoys watching animes like 'Ninja Scroll' and 'Black Lagoon.' He wears wigs and his signatory Kangol hat due to baldness. He loves golfing, enjoys basketball, and he is also a football fan.