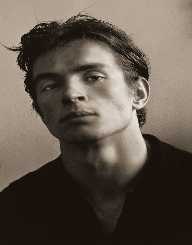 Rudolf Nureyev is one of the most loved male dancers of his time. He was born in Irkutsk, Russia on March 17, 1938.

Nureyev is one of the most loved male dancers of his time. He was born in Irkutsk, Russia on March 17, 1938. Nureyev was an actor, filmmaker but most importantly an intriguing ballet dancer. To him, mastery of ballet steps was not enough. The manner skyrocketed his outstanding dancing skills he expressed it with great passion. Also, Rudolf Nureyev was very handsome, and his inexhaustible stamina saw him grow as a sensational ballet dancer.

Rudolf Nureyev was brought up among three siblings, who were girls. His father fought in the Soviet army in the World War II. Nureyev developed a passion towards dancing in a ballet performance “song of cranes" which his mother had taken them to watch.

He commenced school in Vaganova Academy of Russian Ballet while at a very young age. His talent soon came into limelight, and his teachers persuaded him to train at Saint Petersburg. At the age of 17, Rudolf Nureyev enrolled at Saint Petersburg. When still there, the ballet master, Alexander Ivanovich took a keen interest in his abilities. Alexander Ivanovich welcomed Nureyev in his home where he lived with his wife.

Rudolf Nureyev graduated in 1958 and immediately joined the Kirov Ballet, currently known as Mariinsky. It was here that he made remarkable progress and quickly gained favor due to the skills that he performed.

Rudolf Nureyev achieved fifteen roles in just three years and was given solo parts from the beginning. He made a remarkable breakthrough when Natalia Dunskaya the company’s senior ballerina chose to dance with him in the ballet Laurencia. It was an honor since Dudinskaya was the wife to the director of Kirov ballet. Within no time, Nureyev became one of the Soviet Union’s most famous and celebrated dancer.

Nureyev set his benchmark and resolved to be committed. Between the years 1958 and 1961, he had the privilege of dancing with some of the most celebrated dancers. At Khrushchev's dacha, Ninel Kurgapkina and Nureyev performed as partners. They also toured Vienna for a dance at the International Youths Day in 1959.

His rebellious attitude barred him from traveling abroad. In one memorable incident, Rudolf Nureyev caused chaos over his dressing code and delayed the dance for forty minutes. His preferred dance attire ‘tights’ was approved in his later performances.

His challenging behavior once again discredited him from being the most probable candidate for the Mariinsky Ballet tour in London and Paris. This performance meant such a great deal for the Soviet government since it was purposed to display its rich cultural eminence. However, due to the active intervention of a French tours representative who had not only watched but also adorned his performance at Leningrad, Nureyev was allowed to go.

Since the rest of Mariinsky group was to fly to London, he declined to leave for Moscow. Several attempts were made to make him go to Moscow including claims that his mother was seriously sick. Rudolf Nureyev relented because he knew he would suffer the consequences of his noncompliance with the set policies.

Despite the dismissal of Nureyev several requests to the Soviet government to visit his mother, eventually, he was granted permission to see her in 1987. Later in 1961, he was recruited at the Royal Ballet as a dancer where he performed Ballerina Dame Margot Fonteyn. He was invited to be the Royal Ballet principal dancer which he first declined. He later accepted the offer to be the director.

Nureyev was an asset to the Royal Ballet, and unquestionably his contribution to its growth was of supreme importance. He had the quest for perfection and later signed a deal with the Paris Opera Ballet.

Despite being rejected by the Mariinsky Ballet, he was later honored, and his life was written in its history. Colum McCann novel about Rudolf Nureyev’s life titled "Dancer," was published in 2003. Also, Mikhail Baryshnikov praised Rudolf Nureyev in a one hour interview about Nureyev.

Sir John Toole the general director, Royal Opera House spoke very highly of Rudolf Nureyev when he said "Rudolf’s death in 1993 came far too soon, and we lost in him one of the great dancers of all time. He was a performer, giving of his utmost, emotionally charged, expressive and committed all."

His Contribution To The Dance Industry

Rudolf Nureyev is remembered for his unrelenting efforts in the reappraisal of the male ballet. He worked hard with contemporary choreographers to give the ballet dances a dramatic reality equal to the theatre of cinemas.

He also helped young choreographers become acknowledged. In one memorable incident, he worked with Rudi Van Dantzig and learned his language and transformed him into a brilliant dancer.

Rudolf Nureyev acted as Rudolph Valentino in the film ‘Valentino.’ In 1983 he played along the high profile dancer Nastassja Kinski. When he became the director of Paris Opera Ballet, he took some time off to direct some films.

Moreover, redirected the ‘Sleeping Beauty’ in his version. His project ‘Romeo and Juliet’ was a full debut. Amidst his sickness, he also saw the production of ‘La Bayadère.’

It is rumored that Nureyev was bisexual. He dated Erik Bruhn until his demise in 1986. Also, he dated Robert Tracy for two and a half years. In an interview, Robert Tracy claims that Nureyev confessed to having had intimate relationships with only three women his entire. She also hinted that Nureyev had purposed to have a son with one Nastassja Kinski

Nureyev succumbed to AIDS. He was tested for HIV in 1984, and the results were positive. He brushed off any claims that he was not fit but, as it is with AIDS and HIV, his health deteriorated drastically. His masculine body slimmed and soon his audience lost interest in him. It is in the year 1991 that a notable decline in his success was felt.

In 1992 Rudolf Nureyev was admitted to hospital and underwent an operation for pericarditis. His love for his music career propelled him to fight hard to survive the surgery. His goal was to propagate the ‘Romeo and Juliet’ film in an American theatre. He lived with HIV until his death from cardiac arrest on 6th January 1993 and died at the age of 54 years. He was buried in Russian cemetery in Sainte-Geneviève-des-Bois close to Paris.