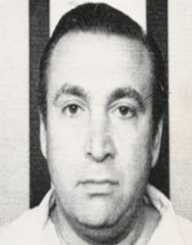 Roy DeMeo was born on September 7th, in 1942. He is best known for being a member of the Gambino family. DeMeo was the ring leader to the DeMeo crew. This was a crew that was associated with numerous murders in the United States. Altogether, the team was responsible for over 100 deaths, most of which were performed by DeMeo.

Roy Albert DeMeo was born on September 7th, in 1942. He was born in the Bath Beach, Brooklyn neighborhood. When he was a teenager, he indulged into loansharking; an activity that quickly turned into a fulltime job for the young man.

Roy Demeo schooled at James Madison High School where he graduated in 1959. Shortly after, he got married.

Roy Demeo's criminal career arose in 1966. This was after crossing paths with Nino Gaggi. Together, they continued with their loansharking operations. After some time, DeMeo was courageous enough to plan for drug trafficking and carjacking crews.

Roy Demeo's first murder occurred in 1973. He killed Paul Rothenberg. This became his first of many crimes that would soon follow. Most deaths that were performed by his crew took place at the Gemini Club. DeMeo’s crew had a specific killing method which was identified as the Gemini Method.

In this method, one of the crew members would lure the victim to the club where they would be killed. Bodies of the victims would then be chopped, stored in bags and later dumped.

Roy Demeo's interest in joining the Gambino family was spurred by Anthony Gaggi as he told him that he could be more profitable if at all he teamed up with them. He officially joined them in 1977. The DeMeo crew however entered into a series of conflicts which later resulted in one of them cooperating with the police. In June 1975, Andrei Katz was convinced to visit a specific place where they could sort out their conflicts. However, Katz was abducted and murdered.

On January 10th, 1983, Roy Demeo was found dead inside the trunk of his car. He had been sprayed with bullets. He was 40 years old at the time of his death.