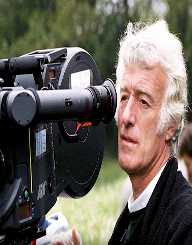 Roger Deakins was born 24th May 1949, to William and Josephine Deakins. He was born in Devon, England, in the town of Torquay.

Roger Deakins studied at Torquay Boys Grammar School. Most of his time was spent on painting, which was his major interest. Some years later, he enrolled at the Bath School of Art and Design. He began studying graphic design, but also discovered how much he loved photography. Sometime later, Deakins transferred to the National Film and Television School, located in Buckinghamshire.

Roger Deakins began work as a cameraman soon after graduating. He filmed documentaries and very quickly found himself in demand with television studios wanting him to film for them. His first two documentaries were on Africa. The first was on Zimbabwe, uncovering the genocide in the wake of their civil war. The second was in relation to the conflict in Sudan, Ethiopia, and Djibouti. Roger Deakins continued with documentaries until the early 1980s. He also moved into music videos during this period.

As a cinematographer, Roger Deakins’ first feature film in the United States was Mountains of the Moon in 1990. He then began working with the Coen brothers in 1991 and has been their main cinematographer since. Between 1983 and 2017, Roger Deakins has worked on 62 movies, some animated in which he was the visual consultant. His movies include such hits and epics as, The Shawshank Redemption (1994), A Beautiful Mind, (2001), Intolerable Cruelty (2003), True Grit (2010), and Skyfall (2012).

2011:  Lifetime Achievement Award from the ASC (American Society of Cinematographers)
2013:  Appointed Commander of the Order of the British Empire for services to film

Roger Deakins’ legacy is the wonderful cinematography that he did for some of the best known films in history.