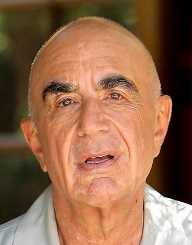 Robert Leslie Shapiro is an American civil litigator and a senior partner in Glaser Weil Fink Jacobs Howard Avchen& Shapiro, LLP a law firm based in Los Angeles. Born on September 2, 1942, he is also a co-founder of RightCounsel.com. Shapiro is best known for being a member of the Dream Team (the legal team) that was assembled to successfully defend O.J Simpson in 1995. Simpson was in 1994, chargedwithmurdering his ex-wife, Nicole Brown Simpson and her friend Ron Goldman. Soon after the successful defense of the case, Shapiro abandoned criminal defense for civil litigation. Accordingly, he co-foundedRightCounsel.com and LegalZoom.

Robert Leslie Shapiro was born on September 2, 1942, in Plainfield, New Jersey into a Jewish family. He received education at Hamilton High School in Los Angeles graduating in 1961. He then enrolled at the University of California, Los Angeles where he pursued BS in Finance and graduated in 1965. In 1968, he received his Juris Doctor from Loyola Law School.

After receiving his Juris Doctor in 1968, he was admitted into the State Bar of California in 1969. As a lawyer, she has represented several celebrities and athletes including Vince Coleman, Darry, Strawberry, O.J Simpson, and Johnny Carson. He has also represented celebrities like F. Lee Bailey, the Kardashians, Christian Brando, O1’ Dirty Bastard and Linda Lovelace.

Shapiro played an instrumental role during the trial of O.J Simpson for the murder of his wife, Nicole Brown Simpson and her friend Ron Goldman. Even before that, he was at the press conference by Robert Kardashian that called on Simpson to report himself to the police. Simpson surrendered later that day after the famous Bronco chase.

The Trial Of O.J Simpson

During the initial stages of the trial of Simpson, Shapiro was the lead counsel for the defense team (called the Dream Team). The lead later went to Johnnie Cochran. The team successfully won the case, and Simpson walks a free man. However, Shapiro was dissatisfied about the acts of fellow Dream Team attorneys Johnnie Cochran and F. Lee Bailey refereeing to them as "loose cannon" for bringing race into the trial. He states in his book The Search for Justice, A Defense Attorney’s Brief on the O.J. Simpson Case (1998) that though the verdict by the court was right, he strongly contends that Simpson was framed by the LAPD for racial purposes. After that successful trial, he changed his field of law practice from criminal defense to civil litigation.

Shapiro has represented several other top businessmen and celebrities. He was the attorney for former CEO of Wynne Resort, Steve Wynn, who is facing sexual misconduct accusations from many people. Shapiro has also represented actress Eva Longoria and Rob Kardashian, among several others. He has published books on the law and is a frequent writer on the subject. The National Law Journal named him among The 100 Most Influential Lawyers in America in 2013.

Robert Shapiro is married to Linell Thomas with whom he has two sons Grant and Brent. He founded the non-profit organization The Brent Shapiro Foundation in 1995, after the death of his son Brent. The organization is aimed at raising drug awareness. Shapiro is the chair of the board.