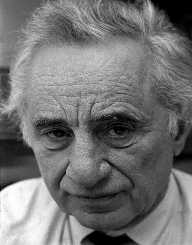 Elia Kazan was born in 1909 to Greek parents, George and Athena Kazantzoglou in Istanbul, Turkey. The couple had two sons, Elia and Avraam. The family immigrated to America, arriving in New York City in 1913. Around this time, they changed their name to Kazan.

Elia Kazan graduated from the New Rochelle High School in New Rochelle, New York. He attended Williams College, then studied at Yale University between 1930 and 1932.

After graduation Elia Kazan participated in group theatre in New York. He became interested in directing plays, and his first play was The Skin of Our Teeth (1942). The first film he directed was A Tree Grows in Brooklyn (1945). Kazan once said that he needed to feel strongly about a script before he could work on it. The personal or social issue at the heart of the story had to be meaningful to him. In 1947, he made a film which deals with anti-Semitism. This film, the Gentleman’s Agreement, starring Gregory Peck received eight Oscar nominations. Kazan won his first Academy Award for Best Director.

In 1949, Elia Kazan directed a film about racial prejudice, Pinky. Then in 1951, he directed A Streetcar Named Desire, based on Tennessee Williams’s award-winning play. This was a huge hit and received twelve Oscar nominations. In 1952, he directed On The Waterfront dealing with union corruption in New York City.

In 1955, Elia directed East of Eden an adaption of John Steinbeck’s award-winning novel. East of Eden featured James Dean in his first starring role. In the 1960s notable films, Kazan directed was Splendor in the Grass (1961) and America America (1962). Then in 1964, he directed Arthur Miller’s After the Fall. In 1976, Kazan made his final film, The Last Tycoon.

Elia Kazan wrote some books. America (1962) deals with the Greek-American immigration experience, and it’s considered his masterpiece. He also authored, amongst others, The Arrangement (1967) and The Understudy (1986). He published an autobiography Elia Kazan: A Life (1988), and was the subject of a book, Kazan on Directing (2010), a collection of his notes and journals.

Elia Kazan directed On the Waterfront, a crime drama in 1954. Written by Budd Schulberg, it was based on his own story. It starred Marlon Brando as well as Rod Steiger, Pat Henning, and Eve Marie Saint. The film focused union violence and corruption on the waterfronts of New Jersey. A commercial and critical success, it won eight Academy Awards including Best Actor for Marlon Brando. This film was the beginning of the Kazan legend. Other notable works include Gentleman’s Agreement (1947), A Streetcar Named Desire (1951), East of Eden (1956 and America America (1963).

Elia Kazan won two Oscars for Best Director, an Honorary Oscar, three Tony Awards and four Golden Globes. His star is on the Hollywood Walk of Fame, and he was also made a member of the American Theater Hall of Fame.

Elia Kazan married three times. His first wife was the playwright Molly Day Thatcher who died in 1963. They had four children together. He then married Barbara Loden. They had one child together. She died in 1980. He remarried Frances Rudge in 1982, and they stayed together until his death.

His son Nicholas Kazan is a writer and producer. Grand-daughter Zoe Kazan is an actress and playwright.

The Kazan family was traditionally Greek Orthodox. As an adult, Kazan did not attend any church and claimed to be non-religious.

Kazan’s autobiography Elia Kazan: A Life was published in 1988.

Amongst many others, the New York Times considered Kazan to be one of the most revered and influential directors in the history of Hollywood and Broadway.

Elia Kazan was extremely anti-Communist. A controversial issue occurred when he testified before the House Committee on Un-American Activities. In 1952 there was a much-hated Hollywood blacklist, and he was strongly criticized for this appearance. Many felt that his testimony had a detrimental effect on some artistic careers. This incident was not forgotten. When Kazan won an honorary Oscar in 1999, there was a demonstration outside, and some actors snubbed him.