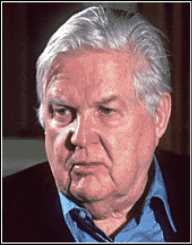 Robert Mundell was born on October 24, 1932. He is a Canadian economist. He received a Nobel Prize in Economic Sciences for developing the theory of optimal currency areas in the modern world.

Robert Mundell was born on October 24, 1932, in Ontario, Canada. He attended the University of British Columbia where he studied economics. In 1953, he graduated from the school with a Bachelor of Arts Degree in economics and Slavonic studies. He completed his graduate studies from the University of Washington and the Massachusetts Institute of Technology. In 1954, he received his Master’s Degree in economics. In 1956, he finished his Ph.D. from the London School of Economics. He was under the supervision of James Meade. He later joined the University of Chicago for his post-doctoral studies on political economy.

After Robert Mundell completed his postdoctoral studies, he became a teacher of economics at the University of British Columbia, Stanford University and the John Hopkins Bologna Centre of Advanced International Studies. In 1960, he published his paper where he introduced a model of an economy dominated by the market of goods and services on one side and the market for foreign exchange on the other side. In 1961, he was offered a job by Jaques Polak at IMF. Polak is the head of the IMF Research Department.

At IMF Robert Mundell worked on the theory of inflation and expressed that an increase in expected inflation can raise the interest rate by a lesser margin. The theory came to be known as the Mundell-Tobin Effect. In 1964, he became a member of the Bellagio-Princeton Study Group for International Monetary Reform. In 1965, he was appointed the Ford Foundation Research Professor of Economics at University of Chicago. The following year he became a professor of economics at the University of Chicago. He was also the editor of the Journal of Political Economy. In 1970, he became a consultant to the Monetary Committee of the European Economic Commission. He also chaired the Santa Colomba Conferences on International Monetary Reform.

In 1990, Robert Mundell became Richard Fox Professor of Economics at the University of Pennsylvania. He worked for international organisations such as the IMF and the World Bank among so many other organisations. He is presently the Distinguished Professor at Large of the University of Hong Kong, China. He has published books such as ‘The Euro as a Stabilizer in the International Economic System,’ ‘Man and Economics’ and ‘Monetary Theory: Interest, Inflation, and Growth in the World Economy.’

In 1971, Robert Mundell was awarded the Guggenheim Prize. In 1983, he was awarded the Jacques Rueff Medal and Prize. In 1997, the American Economic Association awarded him a Distinguished Fellow Award. In 1999, he received the Nobel Prize in Economic Sciences. He has been awarded with many awards in his lifetime. In 2006, he received an honorary Doctor of Laws Degree from the University of Waterloo, Canada.

Robert Mundell's first marriage ended in divorce. The marriage produced three children. He is presently married to Valeris Mundell with whom he has a son, Nicolas. He is currently eighty four years old.