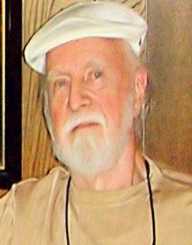 Richard Matheson was an American fantasy author famous for his fiction novels such as The Shrinking Man, and I am Legend. One of his books I am Legend was later adopted as a film.

Richard Matheson was born on 20th February 1926 in New Jersey. His parents were both Norwegian immigrants. He was raised by his mother after his parents divorced. He wrote his first piece of work at the age of 8, a poem that was published by the Brooklyn Eagle newspaper.

Richard Matheson went to Brooklyn Technical High school. After his short service in the army, Matheson joined the Missouri School of Journalism where he earned a degree in Arts before moving to California.

In California, Richard Matheson wrote Hunger and Thirst which was his first novel; it was, however, never published. His unique way of writing caught the public eyes after he wrote Born of Man and Woman, a short story that was published in The Magazine of Fantasy and Science Fiction.

The short story was followed by a series of narratives focusing on various topics including Third from the Sun and Trespass in 1950 and 1953 respectively.

Richard Matheson's book I am the Legend was adapted into three different films. This was followed by a number of adaptations of his various work into films. Matheson later worked with Rod Serling in writing more than 12 television episodes. His last short piece to be adopted into television was Real Steel in 2011.

Richard Matheson married Ruth in 1952. The two met in California and were first friends before they got engaged. The couple has four children, three of which have followed their father’s footsteps becoming writers.