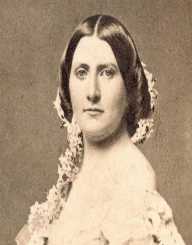 Anna Harrison was the first lady of the United States and Wife to PresidentWilliam Henry Ford. She was born on 25 July 1775 in Morristown, New Jersey being also a British American. Her husband was president for one month only from March 4, 1841, to April 4, 1841.

Anna was never privileged to set foot in the White House regardless of her being the first lady. She was also the oldest woman at 69 years ever to seat in the position of the First Lady. Anna Harrison’s husband died while she was still the First Lady which made her drop the title having held it for a very short time.

Anna Harrison was born in Morristown, New Jersey on July 25, 1775. Her parents were Chief Justice John Cleves Symmes and Anna Tuthill Symmes. Judge Cleves carried Anna Harrison with her to Long Island when her mother died in 1776 when she was a year old.

Anna began her life in Long Island under the care of her grandparents who took her to Clinton Academy in Easthampton. Anna later joined a private school in New York City by the name Isabella Graham. Anna Harrison found a new home at North Bend, Ohio where her father moved taking her together with her stepmother.

When Anna went for a vacation in Lexington, Kentucky in 1795, she bumped into William Henry Harrison. The two became lovebirds although Anna Harrison’s father did not like Harrison simply because he was a military lieutenant. He was afraid that his daughter will not adapt to military life and the harsh conditions in their camps. Anna and Harrison however, continued dating, and their relationship grew to become a strong bond.

In 1795 November 22, the two exchanged vows in a private ceremony at Dr. Stephen Wood’s home. By that time, Anna Harrison’s father was away on a business trip, but later met Henry and Anna at a dinner party. The couple had ten children five of whom died in what seemed like a concurrent tragedy for the couple.

Anna became famous through his heroic gesture during the 1812 war fighting for India. However, the war was so intense, and the family was forced to shift to North Bend from Vincennes, Indiana. William was elected president in 1840 through a massive win although he was old and Anna supposed he should have retired.

William was sworn to office in 1841, but Anna did not attend the ceremony due to sickness. Anna was, however, planning to join William in May but unfortunately, the president-elect died having only a month in office. Anna never made it to the White House since the news of her husband’s demised reached her while she was still in North Bend.

Anna Harrison’s privilege of setting foot into the White House was shortlived, and so she resorted to settle in North Bend. She joined her son John Scott assisted him in bringing up his children and among them was Benjamin who was only eight years old. Benjamin would later become the president of the United States. Anna was also privileged when she was given a pension worth US$25,000 being the president’s widow. This honor was courtesy of the then president of the United States, John Tyler who passed the bill into law in 1841 June.

After a very long illness, Anna Harrison passed away at the age of 88 on February 25, 1864. She died at her home in North Bend, Ohio, U.S and was laid to rest at the William Henry Harrison Tomb State Memorial.