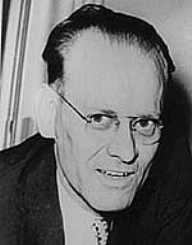 Philo T. Farnsworth was born on August 19, 1906. He was an American Inventor. He was also a television pioneer. He was renowned for his invention of the image dissector. He died at the age of Sixty Four Years.

Philo T. Farnsworth was born Philo Taylor Farnsworth on August 19, 1906, in Beaver, Utah. He was born to Lewis Edwin Farnsworth and Serena Amanda Bastian. He was brought up alongside four siblings. In 1918, he alongside his family members moved to Rigby, Idaho. He started operating mechanically with the abandoned tools that were around him on the farm. He later joined Rigby High School where he excelled in Chemistry and physics.

In 1923, he alongside his family went to Provo, Utah. He later joined Brigham Young High School. In 1924, he graduated from the school. He then joined United States Naval Academy with which he quit several months after joining. He later joined Brigham Young University. In 1925, he was awarded a certificate from the National Radio Institute. He alongside Cliff Gardener went to start a radio repair business in Salt Lake City but did not turn successful.

In 1927, Philo T. Farnsworth alongside his wife moved to Berkeley, California. He later set up his new lab at 202 Green Street. In 1927, he invented the image dissector which he has been working towards for a couple of years. In 1928, his invention was capable of holding a demonstration for the press. In 1929, he improved his invention’s efficiency, and it was capable of displaying live human images.

In 1931, he refused an offer from David Sarnoff who wanted to buy the image dissector and offer him a job. In 1933, he set up a shop at 127 East Mermaid Lane, Philadelphia. In 1934, he demonstrated his invention to the public at Franklin Institute, Philadelphia. He later signed a deal in Germany with Goerz-Bosch-Fernseh for some of his image dissector cameras to be used in the 1936 Olympic Games which were held in Berlin. In 1936, his company started transmitting entertainment programs frequently on an experimental basis.

In 1938, Philo T. Farnsworth established and became the director of the Farnsworth Television and Radio Corporation which was situated in Fort Wayne, Indiana. In 1951, it was bought by the International Telephone and Telegraph. In 1957, he appeared as a mystery guest in ‘I’ve Got A Secret.’ In 1967, he went back to Utah to proceed with his fusion research at Brigham Young University. He was later honored with an honorary Degree.

He later formed the Philo T. Farnsworth Associates which was later disbanded. Some of his other inventions included: Electronic televisions and Fusor. His inventions also led to the development of other innovations such as the radar, the gastroscope, the astronomical telescope, the infra-red night vision devices, the electron microscope, and the baby incubator.

In 1926, Philo T. Farnsworth married Elma ‘Pem’ Gardner with whom he had four children. He died on March 11, 1971, of Pneumonia in Salt Lake City, Utah. He died at the age of Sixty four years.