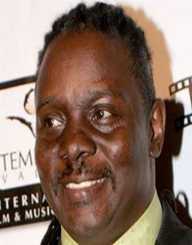 Philip Bailey is a seven-time Grammy award-winning singer, songwriter, and percussionist who has excelled in many genres including soul, jazz, gospel, and R&B, etc. Bailey is best known for being the lead singer of one of the most commercially successful bands of all time – Earth, Wind, and Fire.

Philip James Bailey was born on May 8, 1951, in Colorado. In his childhood, he gorged on all types of music from Top Ten radio to country and folk music. He was particularly inspired by Stevie Wonder and jazz maestros such as Miles Davis and John Coltrane, discovering the latter duo in the record collection of a family friend. He first started in a local R&B band named Friends and Love.

While attending college in 1972, Philip Bailey met Maurice White who invited him to join the band he had created named Earth, Wind, and Fire. The rest, as they say, is history. Earth, Wind, and Fire churned out hugely innovative songs spread over with multiple genres like rock ballads, folk, funk, etc. Bailey was not only the lead singer of the band but also co-wrote many songs.

Philip Bailey shared vocals with White in many songs. Bailey was known for his falsetto range while White for his baritone and the collaboration worked like magic. Their popularity reached its peak in the 70s itself and continued to the 80s with their albums churning out gold and platinum certifications regularly. In 1983, Earth, Wind, and Fire took a break, and Bailey decided to go solo.

In 1983, Philip Bailey issued his debut studio album Continuation. Its success was followed by a partnership with Phil Collins who produced Bailey’s second album Chinese Wall. The duet ‘Easy Lover’ with Collins was a massive hit raking up the UK Singles and Billboard charts at no. 1 and two respectively. Simultaneously, Bailey ventured into gospel and won a Grammy for Best Gospel Performance, Male for his second gospel album titled Triumph.

In 1999, Bailey also released his first jazz album entitled Dreams. Bailey collaborated with many famous musicians which included Julio Iglesias for his 1988 album Non-Stop, Little Richard, which was the OST of the film Twins and also with his idol Stevie Wonder on the song "Part-Time Lover" for Stevie’s twentieth studio album In Square Circle.

In 1987, Earth, Wind, and Fire reunited and released the album Touch the World. Maurice White fell ill and quit in the 1990s. Bailey took charge and alternated between his solo career and the band.

Philip Bailey has won seven Grammy Awards. Earth, Wind, and Fire have sold over 90 million records worldwide. Bailey was inducted into the Rock and Roll Hall of Fame, NAACP Image Award Hall of Fame, Hollywood's Rockwalk and the Vocal Group Hall of Fame as a member of the band.

They also received a star on the Hollywood Walk of Fame. Bailey received the rare honor of being inducted into the Songwriters Hall of Fame. In May 2008, he was bestowed upon with an Honorary Doctorate of Music from Berklee College of Music in Massachusetts.

Philip Bailey is married to singer Valerie Bailey. He is the father of seven children. His son, Philip Doron Bailey, is now a member of Earth, Wind & Fire.