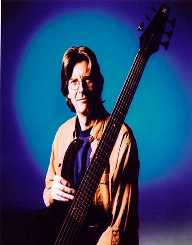 After high school, Phil Lesh began attending the University of California, Berkeley. He started his college education here in 1958, but he soon transferred to Mills College. While there, he primarily took general music classes and composition classes.

Lesh’s professional music career began around the mid-1960’s. It was in 1965 that he met Jerry Garcia. The two began playing together, and soon they formed a band called The Grateful Dead. This was a rock band. The band wasn’t like all other rock bands at the time because they also had an important jazz element to their music: improv. This made their songs unique and their live shows mesmerizing. Some of the other music stylings they incorporated into their band were bluegrass, folk, and country. This interesting mix of music helped them to stand out from other popular rock groups at the time. Some of the other members of the Grateful Dead included Robert Hunter, John Perry Barlow, Bruce Hornsby, and more.

Soon after forming the Grateful Dead, the band signed on with Warner Bros. Records. They released their first self-titled album with this company in 1967. It did well for a first album, making it into the chart's top 100. They then released Anthem of the in 1968, and Aoxomoxoa and Live/Dead in 1969, which both earned Gold ratings.

The band’s first album of the 1970’s, Workingman’s Dead, was the first of the band’s albums to go Platinum. Their next album, American Beauty, went double Platinum. Until 1976, the Grateful Dead continued to work with Warner Bros. Records. Some of their other albums with them include Wake of the Flood, From the Mars Hotel, and Blues for Allah. In 1977, the band began releasing albums with Arista. Their albums from this decade with this company were Terrapin Station and Shakedown Street. Both of these albums were rated Gold.

The Grateful Dead continued to work with Artista for most of the 1980’s. However, they only released a handful of albums during this decade. They were Go to Heaven, reckoning, Dead Set, and In the Dark. Out of all of these, In the Dark was the only one to earn a rating (double Platinum). In 1989, the band began releasing albums with Columbia Records. The first of these albums were Dylan & the Dead.

The band’s last studio album, released with Arista, was Without a Net, which was released in 1990. This album was rated Gold. The band disbanded in 1995.

After the Grateful Dead disbanded, he played with other bands: The Other Ones, The Dead, and Phil Lesh and Friends. However, none of these bands ever became as popular as the Grateful Dead.

In 2005, Phil Lesh published an autobiography called Searching for the Sound. This book was all about Lesh’s life in and out of the Grateful Dead as their bassist. This book became a best-seller soon after its publication.

Phil Lesh, and his wife created a charity called the Unbroken Chain Foundation. This foundation started in 1997. This charity works to give money to the arts, including musical arts. The foundation funds itself mostly with auctions and other charity events. The foundation aims to support future inspirational bands

Phil Lesh (and all of the other members of the Grateful Dead) was inducted into the Rock and Roll Hall of Fame in 1994.

The Grateful Dead earned a Grammy Lifetime Achievement Award in 2007.

Phil Lesh is currently married to Jill Lesh. This couple has two children together: Brian and Grahame. Like their father, both sons have also grown up to be musicians.