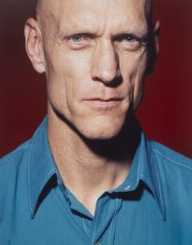 Peter Garrett is an Australian singer, Environmental activist, Member of the Australian House of representatives and a songwriter. To call him a `rock star’ would not go any closer to describe him, as he mainly uses his music to portray political views and messages. He was a member of a famous Australian band called the Midnight Oil, which was known for support of people’s rights, and other environmental and political interests.

Peter has been on an active campaign on a range of global issues and local ones, for quite a long time. He has also served in administrative positions, for example as a cabinet minister and president of the Australian Conservation Foundation.

Peter Garrett was born on 16th April 1953 in Wahroonga, New South Wales, Australia. He has lost both his parents, with his mother’s demise occurring due to a fatal fire at their home. Garrett attained his primary education in Pymble Sydney, at a school called `Gordon West Public School.’ He was focused on his education and later, he joined `Barker College’ and `Australian National University’ for higher learning. After this, he pursued a degree in law, at the prominent `University of South Wales.’

When he was 20 years old, Peter applied for a position in the famous band `Midnight Oil.’ His application was successful, and he was taken up as the band’s lead vocalist. He was actively involved in the group, going for musical tours but still managed to complete his law studies.

Peter Garrett is a man of many deeds. One of them is music and activism. He joined the Midnight Oil in 1973, which was a foundation for this phase of his career. The Midnight oil was identified mainly for their environmental causes. They were also critical of various social and political issues and were open activists to these problems. They are known for being against the United States policies for the military and foreign sectors during the eighties.

The band made political stands and statements openly. Peter’s active participation in the group came to an end in the year 2002, when he left to dominant on environmental works. However, they still performed together in 2004 at a fund-raising occasion as a result of the Asian Tsunami, and other events i.e., Melbourne ticket ground.

In 1989, Peter Garrett was appointed the president of Australian Conservation Foundation and became their youngest ever president. He served in this position up until 1993, where he joined International board of Greenpeace. While here, he worked as a consultant and patron to CBO’s. He was also part of the team that founded an organization called Surfrider Foundation.

Garrett was widely recognized for his activist, humanitarian and environment work by the year 2000. During this year, he received the Australian Humanitarian Foundation Award for his achievements. The next year, Garrett was also received a couple of honorary doctorate letters from his former university, University of New South Wales.

Peter Garrett made his debut in the political arena in 1984. He was invited to vie for a seat in the Australian Senate (New South Wales), but he did not meet the minimum votes to secure the position in the Senate voting system. In 2004, he was the Australian Labor party candidate for the seat of Kingsford Smith in New South Wales, through House of Representatives Party. He won the seat on 9th October 2004. The next year, he was selected as Parliamentary Secretary. Garrett is known to have been a supporter of the US-Australia alliance, which brought about contradictory views.

In 2006, Peter Garrett was appointed as Cabinet minister for climate change, Environment, and Heritage, Arts. This was by the party’s leader Kevin Rudd, with whom he had conflicting interests later on. During the elections in the following year, he retained his electorate seat. Again in 2010, he was triumphant in the federal elections. He was selected as the Minister for School Education, Early childhood, and youth in Julia Gillard’s government.

During his time as a minister in 2008, Peter Garrett helped expand the `Beverly Uranium Mine.’ He brought reforms in his tenure as minister for education. This reform was `improving school enrolment and attendance through welfare reform measure.’

In 1986, Peter Garrett got married to Peter Garrett in 1986. They have three daughters together, namely; Emily, May, and Grace. He is a passionate football fan and supports the Essendon Bombers.