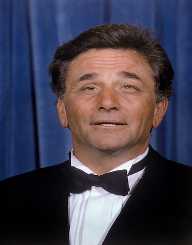 Peter Falk was an American actor born on September 16th, 1927. He is best remembered for his major role in Columbo as Lieutenant Columbo. This role earned him a Golden Globe Award and four Primetime Emmy Awards. His other major role was in the 1960’s Murder, Inc. where he acted a supporting role. For this, he became one of the Academy Award for Best Supporting Actor nominees two times.

For almost his entire life, he wore a glass eye after his right eye was surgically removed following a retinoblastoma condition. He was quite young at the time. Among other films, he has acted A Woman Under the Influence, Pocketful of Miracles, The Great Race and The Princess Bride among others.

Peter Falk was born on September 16th, 1927 to Jewish parents. His place of birth was in New York, United States and was brought up in Ossining New York. He was the son of Madeline together with Michael Peter Falk. His father was an entrepreneur who owned a dry good and clothing store. His mother, on the other hand, was a buyer and an accountant. At the age of three, Peter Falk suffered from a condition called retinoblastoma. As a result, his right eye had to be surgically removed and replaced with an artificial one.

Peter Falk joined Ossining High School located in Westchester County, New York after his elementary studies. Despite having an artificial eye, he became a star athlete for the school. As a senior, he was appointed as the president of his class. In 1945, he graduated from high school. Subsequently, he attended Hamilton College in Clinton, New York for a while.

His attempt to participate in the World War II along with the armed services failed given his missing eye. However, he was accepted to the United States Merchant Marine where he became a mess boy and a cook. One year and a half later, he rejoined Hamilton where he continued with his studies. Meanwhile, he also took lessons at the University of Wisconsin.

Later, Peter Falk shifted to the New School for Social Research situated in New York City. In 1951, he was through with his studies and was awarded literature and political science degree. He later joined Maxwell School of Syracuse University. By 1953, he earned his degree in  Master of Public Administration from the university. For many years, Peter Falk also studied in the Art Students League of New York.

While serving in Hartford, Peter Falk realized his interest in acting. He was in his twenties at the time.  His first role in acting was in Don Juan (1956) marking his Broadway debut.  In 1958, he was cast in Wind Across the Everglades followed by Murder Inc. in 1960. The following year he acted a supporting role in Pocketful of Miracles.

Later in 1971, Peter Falk also featured in The Prisoner of Second Avenue then A Woman Under the Influence in 1976. Among his roles in comedy was in the films Murder by Death in 1977 and 1981 The In-Laws. His last appearances were in 2003 before he began having many health issues and later his death in 2011.

On April 1960, Peter Falk exchanged wedding vows with Alyce Mayo. The two met at Syracuse University where they were both students. They adopted two girls: Catherine and Jackie before divorcing in 1976. Subsequently, Peter Falk wedded his second wife Shera Danese, an actress on December 1977. They remained married till his death in 2011.

Peter Falk took his last breath on June 23rd, 2011 following health issues at the age of 83. He was survived by his daughters and Shera his second wife.