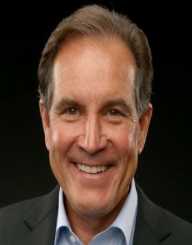 Alvin Ray “Pete” Rozelle was an American entrepreneur. Born on March 1, 1926, he is celebrated for making National Football League (NFL)one of the best and most successful sports league in the world. Rozelle was the commissioner of the NFL for almost three decades spanning January 1960 until his retirement in November 1989.

Pete Rozelle was born on March 1, 1926, in South Gate California. He was raised in the Lynwood during the Great Depression. Growing up he showed great interest in sports, and at the age of five, his uncle nicknamed him Pete. Rozelle attended Compton High school, where he played basketball and tennis. He graduated in 1944. After his military service,

Rozelle enrolled at the Compton Community College in 1946. While there, he served as the athletic news director and a worked part-time as an assistant to the public relations director of Los Angeles Rams. In 1948, he enrolled at the University of San Francisco where he also worked as a student publicist for the University’s Dons athletic department. He graduated in 1950.

Pete Rozelle graduated while the World War was ongoing and therefore enlisted into the US Navy in 1944. He served for 18 months in the on an oil tanker in the Pacific. He was discharged in 1946.

After graduating, the University of San Francisco employed Pete Rozelle as the athletic news director. In this position, he attended several sporting events and built a lot of contacts, which became beneficial in his later pursuit. In 1952, the Los Angeles Rams hired him as the public relations director and would work there for the next three years.

Pete Rozelle later joined the public relations firm of P.K. Macker in San Francisco. Rozelle returned to Rams in 1957, this time as the general manager. He was brought in by NFL Commissioner Bert Bell after Tex Schramm left the post.

The team was at the time in a shambles, unprofitable and characterized by conflicts. However, Pete Rozelle was able to revolve all the pending trouble despite some initial difficulties especially on the team’s performance on the field. His strong organizational skills came to play during this period and in three years; he got the team back on a path of success.

At the age of 33, Pete Rozelle became the NFL Commissioner after the death of Bert Bell in 1959. He took over following the 1959 season. As the new commissioner, he put in place several measures to make the then not so attractive league to gain glory. Soon after he took office, he pushed the idea of profit sharing of gate and television revenues among the 12 NFL teams.

This gave all the NFL franchise the same financial strength. He played an instrumental role in bringing in big television contracts, which would broadcast all the NFL games. He did this by urging the teams to bargain collectively with television networks. He also argued before Congress to exempt the NFL from the Sherman Antitrust Act, which was granted in 1961.

Pete Rozelle was re-elected in 1962 for another five-year contract and continued serving as the commissioner until 1989 when he retired.

Rozelle had a stunning negotiation skill and through that, he was able to negotiate better deals for the NFL. By 1982, the NFL with Rozelle as its commissioner struck a five-year $2.1 billion deal with NBC, CBS and ABC to broadcast all regular season and post-season games. After it expired, the contract was renewed for 3-years for $1.4 billion in 1987.

In 1985, Pete Rozelle was inducted into the Pro Football Hall of Fame. In 1989, the annual NFL’S Pete Rozelle Radio-Television Award was established in his honor. He received the "Lombardi Award of Excellence" from the Vince Lombardi Cancer Foundation in 1991.

Pete Rozelle married an artist Jane Coupe in 1949. They met while he was doing his military service. The couple had a daughter Anne Marie. They divorced in 1958 with Rozelle gaining full custody of Anne Marie. He married his second wife Carrie Cooke in December 1973. Alvin Ray Rozelle died at age 70 of brain cancer at Rancho Santa Fe, California. He was buried at El Camino Memorial Park in San Diego.