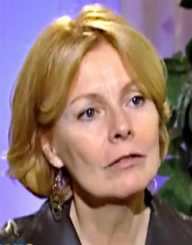 Margaret Ellen "Peggy" Noonan is an American author and a weekly columnist for The Wall Street Journal. Born on September 7, 1950, her works encompass religion, culture, and politics. She served as a speechwriter and Special Assistant to President Reagan. Among other addresses, she wrote Reagan’s address to the nation after the Challenger explosion. She also served as the chief speechwriter for George H.W. Bush in 1988, during his presidential bid.

Noonan has several books to her credit, most of them have been New York bestsellers. Her books include What I Saw at the Revolution: A Political Life in the Reagan Era, 1990, Character Above All, 1999 and Patriotic Grace: What It Is and Why We Need It Now, 2008, among others. She makes regular appearances on NBC’s Meet the Press and ABC’s This Week.

Peggy Noonan was born on September 7, 1950, in Brooklyn, New York to a merchant seaman. She is of Irish ancestry. She had an education from Rutherford High School in Rutherford, New Jersey. After her graduation, she enrolled at Fairleigh Dickinson University.

Author and journalist Peggy Noonan started her journalism career as a news writer at WEEI-AM Radio in Boston from 1975 to 1977. She later earned promotion as editorial and public affairs director. Noonan became a daily commentary writer for CBS Radio anchor Dan Rather of CBS News. She also served as an adjunct professor of Journalism at New York University in 1978 and 1979.

Peggy Noonan served as a special assistant and speechwriter to President Ronald Reagan from 1984 to 1986. She gradually became one of the astute political speechwriters of her time. She wrote Reagan's speech "Boys of Pointe du Hoc" speech for the 40th anniversary of D-Day in 1984. Noonan also authored his address to the nation after the Challenger explosion. The speech is ranked by professors of at the Texas A&M University and the University of Wisconsin as the eighth best American speech of the 20th century.

In 1988, she became the chief speechwriter for George H.W. Bush during his presidential bid. It was during this period that she created phrases like "a kinder, gentler nation," "a thousand points of light" and "read my lips: no new taxes."

Peggy Noonan is currently a weekly columnist for The Wall Street Journal. That aside, she is also an author and political commentator. Despite being conservative in her political ideology, she relentlessly takes on Republican leadership when the need be. She was very critical and criticised President George W. Bush during his second term in office.

Noonan as an author has five New York Times bestseller books. Her books include What I Saw at the Revolution: A Political Life in the Reagan Era, Life, Liberty and the Pursuit of Happiness, Simply Speaking: How to Communicate Your Ideas With Style, Substance, and Clarity, On Speaking Well and Character Above All. Others include The Case Against Hillary Clinton, When Character Was King: A Story of Ronald Reagan, A Heart, A Cross And A Flag, John Paul The Great: Remembering a Spiritual Father, Patriotic Grace: What It Is and Why We Need It Now and The Time of Our Lives: Collected Writings.

Peggy Noonan was a consultant on the American television drama, The West Wing. She is also a commentator on news shows on CNN and many others. She is a co-founder of wowOwow.com alongside Joni Evans, Liz Smith, Mary Wells Lawrence, and Lesley Stahl.

Peggy Noonan married Richard W. Rahn in 1985. Rahn was at the time the chief economist at the US Chamber of Commerce. The couple had a son Will in 1987. The marriage ended in divorce in 1990. She is a practising Catholic.