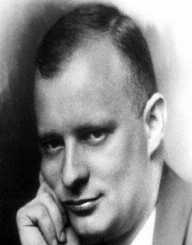 German composer and the bellwether of musical modernism Paul Hindemith was born on November 16, 1895, in Hanau, Germany. He was the eldest of the three children born to Robert Rudolph Hindemith, an artisan by profession and Marie Sophie Warnecke, a maid. Belonging to a family of meager means, Paul was raised under very strict parenting. His father adopted a draconian style of upbringing and was extremely harsh with his children. Thus, the relationship between Paul and his father was not congenial and stayed the same until his father’s death.

Paul Hindemith stayed at his grandparents’ house in Silesia during the years 1899 to 1902. He returned to his parental home at the time of his admission to the school. In 1902, Paul got enrolled at a school in Mühlheim am Main. It was during this period that Paul was introduced to the art of music. He began learning violin under the guidance of his school teacher Eugen Reinhardt and instantly developed a penchant for music. However, due to financial constraints, Paul had to abandon school in 1905, and his family moved to the city of Frankfurt.

In Frankfurt, Paul Hindemith initially began taking violin lessons from Swiss violinist Anna Hegner. But, in 1908, Anna left Frankfurt. After that, Paul took admission in Frankfurt's Hoch’sche Konservatorium and began his violin lessons with Adolf Rebner. As Paul’s family was opposed to his musical ambitions, he left home at the young age of 11 and was soon inducted as a stipend recipient in Rebner’s violin class. He began participating in recitals at Dr. Hoch’s Conservatory and mastered the art of composition and conducting under the instructions of Arnold Mendelssohn, Bernhard Sekles, Karl Breidenstein and Fritz Bassermann.

During the early days of his career, Paul Hindemith managed to earn a livelihood by playing violin in dance bands, cafes, and theaters. In 1914, he was appointed as the deputy leader of Frankfurt Opera Orchestra and by the end of the year 1917; he took over as the concertmaster of the orchestra. Paul’s father, who had enlisted for the Front at the age of 44, was killed in action on 25 September 1915.

In September 1917, Paul Hindemith was drafted into the German Army, and in January 1918, he joined the Alsace regiment as a military musician. He was allocated the responsibility of playing the bass drum in the regiment band. During this period, he also established a string quartet. In May 1918, he was stationed as a sentry at a Front in Flanders. After managing to survive the war by the power of sheer good luck, Paul was relieved of his duties on 5 December 1918. He subsequently returned to Frankfurt after the end of the First World War and began playing at Rebner’s quartet.

In 1921, Paul Hindemith established the musical ensemble Amar Quartet where he played the viola. In the following year, his works caught the attention of a global audience when some of his music pieces were performed at the International Society for Contemporary Music festival at Salzburg. He began working as an organizer of the Donaueschingen Festival in 1923. He gained recognition by playing at the Donaueschingen Music Festival. In 1927, he took charge as a Professor at the Hochschule für Musik in Berlin.

During the early 1930s, Paul Hindemith was at the peak of his career as a composer. On the insistence of the first President of Turkey Mustafa Kemal Atatürk, Paul made several trips to Cairo and Ankara and was instrumental in developing the music education and musical life in the country. The young Turkish musicians held him in high regard. However, in his own country, his works were termed as ‘culturally Bolshevist,’ and several restrictions were imposed on his concerts. His complicated relations with the Nazis forced him to immigrate to Switzerland in 1938.

In 1940, Paul Hindemith finally immigrated to the USA where he began to teach at the Yale University. Some of his most notable students at the University were George Roy Hill, Lukas Foss, Yehudi Wyner, Graham George, Mel Powell and many more. During the later years of his life, he traveled extensively delivering concerts and lectures in places like Switzerland, Belgium, Holland, Italy, and Austria. In 1946, Hindemith was awarded the US citizenship. However, he finally relocated to Europe in 1951 and found work as a teacher at a University in Zurich. During the final years of his life, he took part in many concerts and mostly conducted the orchestras. He made several recordings of his music as well.

Paul Hindemith was considered as a gifted violinist right from his childhood days. His early works were termed as anti-romantic and iconoclastic. Gradually, he developed his style of music known as Kammermusik (Chamber Music). Two of his best-known works are the opera Mathis der Maler, which revolves around the life of painter Matthias Grünewald and the Symphonic Metamorphosis of Themes by Carl Maria von Weber written in the year 1943. His other memorable works include Gebrauchsmusik, Trauermusik (Funeral Music), Violin Concerto (1939), the Cello Concerto (1940), Die Harmonie der Welt (1957) and The Long Christmas Dinner (1961). In the late 1930s, he also published his book on harmonic theory named ‘The Craft of Musical Composition.’

In 1915, Paul Hindemith was awarded a violin from the Joseph Joachim Foundation of Berlin.

Paul Hindemith got married to Gertrud Rottenberg on 15 May 1924. As a result of his declining health, he was admitted to the Marien Hospital on 24 November 1963. He was suffering from pancreatitis, and the 68-year-old breathed his last on 28 December 1963 in Frankfurt.

Every year, a festival of Hindemith’s music called as ‘Hindemithon’ is conducted at William Paterson University in Wayne, New Jersey.