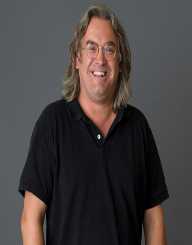 Paul Greengrass is an English filmmaker and former journalist. Born on August 13, 1955, he is known for the adaptation of real-life stories and the use of hand-held cameras. Greengrass directed three of the Bourne series including, The Bourne Supremacy, The Bourne Ultimatum, and Jason Bourne. He won the Golden Bear at the 52nd Berlin International Film Festival for the film Bloody Sunday. Greengrass 2006 film United 93, earned him the BAFTA Award for Best Director. His other works include Green Zone, 2010, Captain Philips, 2013, and Omagh.

Paul Greengrass was born in Cheam, Surrey on August 13, 1955. His father worked as a river pilot and seaman and his mother a teacher. His brother is English historian Mark Greengrass. Greengrass received education at Westcourt Primary School and continued at the Gravesend Grammar School. He later attended Sevenoaks School. Following his graduation, he enrolled at Queens’ College, Cambridge to study English Literature.

Following his graduation, Greengrass worked as a producer for the British current affairs program World in Action. During that period, he co-authored the controversial book Spycatcher with Peter Write, a formal assistant director of M15. The British government unsuccessfully tried to ban the book since it revealed some sensitive information about the country.

With his keen interest in filmmaking since childhood, Greengrass ventured into directing and producing. In 1996, he directed the true story The One That Got Away. The film based on Chris Ryan’s book Operation Desert Storm explores the Special Air Service activities during the Gulf War. Greengrass then wrote and directed The Fix, 1997, an account of the 1964 British football betting scandal. The following year, he directed The Theory of Flight, starring Helena Bonham Carter and Kenneth Branagh.

His next work was The Murder of Stephen Lawrence, 1999. The film explored the murder of black youth, Stephen Lawrence, and the shoddy investigations done by the Metropolitan Police. He followed it with Bloody Sunday, 2002, based on the 1972 Bloody Sunday Shootings, during which British soldier shot some Irish anti-interment activists. He then co-wrote and produced Omagh, 2004, which won British Academy Television Award for Best Single Drama.

Following that success, he directed The Bourne Supremacy, 2004, a sequel to the film The Bourne Identity, 2002. He would subsequently direct two other sequels The Bourne Ultimatum, 2007 and Jason Bourne, 2016. His next film United 93, 2006, about September 11, 2001, hijacking of United Airline Flight 93, won BAFTA award for Best Director. It also earned him a nomination for Achievement in Directing at the Academy Awards.

Greengrass co-founded of the professional association for British directors, Directors UK, in 2007. He, therefore, served as the first president of the association until 2014.

In 2010, he directed Green Zone and followed it with Captain Philips, 2013. The latter is about the 2009 hijack of the merchant ship Maersk Alabama, based on the book A Captain’s Duty. The film starred Barkhad Abdi, Tom Hanks, and Faysal Ahmed. In 2017, he directed 22 July, released in October 2018 on Netflix and in select theatres.