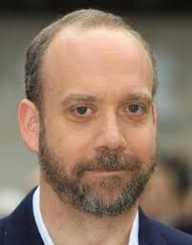 Paul Giamatti is a leading American character actor. He received an Oscar nomination in 2005 for the Russell Crowe feature film ‘Cinderella Man.’ Giamatti won nine other awards for this film only. Besides he won two Golden Globe Awards, four Screen Actors Guild Awards and a Primetime Emmy Award so far. He has appeared in many diverse roles in various feature films as well as in miniseries’ and is critically applauded for his nuanced characterization and stellar performances.

Paul Edward Valentine Giamatti was born on June 6, 1967, in New Haven, Connecticut, United States. His Italian surname Giamatti had its origin in his paternal grandfather’s family, who migrated from Italy. His father, Angelo Bartlett Giamatti was a Yale University Professor. Apart from being a Professor, his father later became the President of the University and Commissioner of Major League Baseball. His mother, Tony Marilyn Giamatti was a preparatory school English teacher and former actress.

After attending The Foote School in his elementary level, Paul Giamatti joined the Choate Rosemary Hall, a renowned preparatory school in Wallingford, Connecticut. He went to the Yale University to study English after completion of his school education. He graduated in 1989 with a Bachelor’s degree in English. He proceeded to the Yale School of Drama and secured a Master of Fine Arts Degree from there.

At the start of his career, Paul Giamatti participated in many theatrical productions including Broadway. From 1989 to 1992, he was associated with Seattle's Annex Theater. After that, he landed some small roles in television as well as in movies in the early 1990s.

Paul Giamatti's feature film debut came in 1992 with the film titled ‘Singles.’ Soon, meatier roles followed in movies such as ‘Sabrina’ (1995) and ‘Donnie Brasco’ (1997). His big break came in the year 1997 when he bagged the role of Kenny ‘Pig Vomit’ Rushton in the film adaptation of Howard Stern’s biopic ‘Private Parts.’ Howard Stern minced no words in praising the work of Giamatti in this film and went on to refer Giamatti for an Oscar nomination in the category of Best Supporting Actor. In 1998, Giamatti appeared in consecutive big-budget films such as ‘The Negotiator,’ ‘The Truman Show’ and ‘Saving Private Ryan.’ In 1999 also, his journey as the leading, supporting actor in many films continued unabated. ‘Man on The Moon’ is one of the most notable films amongst them.

Paul Giamatti starred in an HBO movie ‘If These Walls Could Talk 2’ soon afterward. In 2003, ‘American Splendour’ released with Giamatti in the lead role. The film and his role in it were lauded all around. In 2004, Giamatti’s fame and global recognition grew manifold with the release of the romantic comedy ‘Sideways.’ The characterization of a melancholic writer holidaying in a Santa Barbara Wine Country earned him a ‘Golden Globe’ nomination and an ‘Independent Spirit Award.’ He also won the ‘Toronto Film Critics Association Award’ for ‘Best Performance in a Film’ for ‘Sideways.’

After the widespread success of ‘Sideways,’ Giamatti’s next movie ‘Cinderella Man’ elevated his stature to a higher pedestal when he received an Oscar nomination for Best Supporting Actor for his role in the movie. He won the ‘Screen Actors Guild Award’ for ‘Best Supporting Actor - Motion Picture’ and was nominated for a Golden Globe Award besides winning nine other awards for his acting in ‘Cinderella Man.’

A supernatural thriller ‘Lady in the Water,’ an animated film ‘The Ant Bully’ and a drama ‘The Illusionist’ followed in quick succession in 2006. In 2007, Giamatti appeared in his first major role in an action film ‘Shoot 'Em Up.’ In the following year, he received his first Emmy Award in the category of Outstanding Lead Actor in a Miniseries/Movie for his title performance in the HBO miniseries ‘John Adams.’

Paul Giamatti also received a ‘Screen Actors Guild Award’ as well as ‘Television Critics Association Award’ for the role. His second ‘Golden Globe Award’ came in 2010 for his role in ‘Barney's Version.’ His 2011 release ‘Too Big to Fail’ fetched another ‘SAG Award’ for him. Giamatti’s journey in the entertainment industry went from strength to strength with the next few films offering him diverse roles. Rock of Ages, Win-Win and Hangover Part II are some of the few films of this period.

In June 2013, Giamatti was chosen as the latest cast member of PBS popular series ‘Downton Abbey.’ In the same year, he returned to his Alma Mater, Yale University. He staged Shakespeare's Hamlet in the University and appeared in the title role. It was a sold out performance and earned him rave reviews. Giamatti has continued acting in films and television till date. His capacity to portray diversified roles has been winning him many accolades.

Paul Giamatti is a self-proclaimed atheist. His wife Elizabeth Cohen, whom he married in 1997, is a believer of the religion of Judaism. Their only son, Samuel Giamatti follows the faith of his mother. Giamatti lives in Brooklyn, New York in an apartment called Brooklyn Heights.