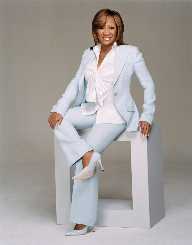 The Godmother of Soul, Patti LaBelle was born on May 24th, in 1944. Her place of birth was in Philadelphia, Pennsylvania. She is famous for her singing and acting talent. She is also a notable individual for being a successful entrepreneur. Some of the songs that brought LaBelle to the spotlight of her career include "When You Talk About Love," "New Attitude" and "Lady Marmalade." Her career took off during the late 1950s when she was a member of the Ordettes. This group later changed its name to Bluebelles during the early 1960s. LaBelle’s solo career has also been a success rising to stardom with successful albums such as I'm in Love Again.

Patti LaBelle was born on May 24th, 1944. She was the third born child in a family of four children. Her father, Henry was a railroad worker. Bertha Holte, her mother, was a domestic worker. When she was 12 years old, her parents went separate ways. Regardless of this, LaBelle maintained her close ties with her loving father.

Working with her team, the BlueBelles earned LaBelle nationwide recognition. Their exceptional performance at The Apollo Theater located in Harlem, New York garnered them the recognition of being "Apollo Sweethearts." The group also worked on song remakes which also brought success to their side. Some of these remake songs were "Somewhere Over the Rainbow" and "You'll Never Walk Alone," which got the group high acclaim.

Things did not work out fine during the 70s as the group failed to achieve the success that they had began with. This led to their abandonment by their managers. Concerned about this lull, LaBelle approached Vicki Wickham, a promoter to help them in bringing back their high acclaim image. The group had to change the name of the team to “LaBelle.” Working hard during the 1970s, they got their first huge break after releasing Nightbirds – 1974. "Lady Marmalade," was one of the hit songs that was featured on the album. The song brought them huge success as it went on to be ranked as the Number 1 hit song.

Following the success of their album, the group, now called LaBelle went on to carry out energetic performances. Around this time, they also managed to play at the Metropolitan Opera House. This made them the first group to achieve this. Similarly, they landed on the Rolling Stone’s cover also breaking records for being the first black singing group to do so. In spite of the success that the group was enjoying, deep inside the team was breaking up as they had differences regarding the direction that their music should be taking. This contributed to the breaking up of the LaBelle in 1977. This prompted Patti LaBelle to pursue her solo career.

During the same year, in 1977, LaBelle released her first solo album. The album was an immediate hit bringing her to the spotlight. Other albums that she went on to release include Tasty – 1978 and Released – 1980. The recording of "The Best followed this is Yet to Come"a ballad which also earned her nationwide popularity. This recording was ranked as number 14 on charts, and it eared LaBelle a Grammy award nomination. Around this time, she partnered with Michael MacDonald to sing the number 1 hit song "On My Own." LaBelle continued with her exceptional performances during the 80s period releasing hit after hit with songs such as "New Attitude," "Stir It Up," "If You Asked Me To" and several others.

LaBelle’s first Grammy Award came in 1991 following the release of Burnin'. This album went on to gain gold status recognition within a short period. Two years later, LaBelle was honored and offered a spot at the Hollywood Walk of Fame. Well received albums that she released during the 90s include Gems – 1994, Flame – 1997, Live! One Night Only – 1998 and several others. She bagged home her second Grammy Award for the album Live! One Night Only.

Patti LaBelle continued enjoying her career success during the 2000s. She reunited with her group members and released Back to Now in 2008. They took a tour together, and this earned LaBelle a spot at the Apollo Legends Hall of Fame.

Apart from singing, she has involved herself in writing and released some books such as Don't Block the Blessings- 1997, LaBelle Cuisine: Recipes to Sing About – 1998, Recipes for the Good Life – 2008, etc.

In 1969, Patti LaBelle tied the knot with Armstead Edwards. The couple broke off their marriage in early 2000. During their marriage together, the two had three sons namely Stanley, Todd and Zuri.