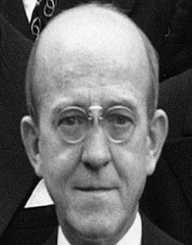 Canadian scientist Oswald Avery was born on the 21 October 1877 in Halifax, Nova Scotia to Joseph Avery and Elizabeth Crowdy. He was the middle child and had two brothers. His parents were born in England and had immigrated to Canada in 1873. His father was a pastor, and initially, the family lived in Halifax before relocating to New York City. His older brother Ernest died in 1892 of what is thought to be tuberculosis, at 18 years of age.

Oswald Avery was a pupil at New York Male Grammer School. He then enrolled at the Colgate Academy. In 1900, he obtained a BA in humanities from Colgate University. He then decided to study medicine at the College of Physicians and Surgeons in New York City, earning his medical degree in 1904.

Initially, Oswald Avery practised general surgery in New York City (1904-1907). He joined the Hoagland Laboratory in Brooklyn, New York,  a privately funded bacteriological research institute which was the first in the country of its kind. Part of his duties included teaching student nurses at a Long Island hospital affiliated with the institute.

Avery worked under Benjamin White who taught him laboratory techniques and biochemistry. In the beginning, Avery worked on the bacteriology of yogurt. When White fell ill with the infectious pulmonary disease, Avery began to become interested in studying tuberculosis. A paper Avery had published led to Rufus Cole, the director of the Hospital of the Rockefeller Institute of Medical Research becoming aware of his research. Cole was keen to develop a therapeutic serum for pneumonia, and he invited Avery to join the pneumonia research programme at the Rockefeller Institute of Medical Research.

The Rockefeller Institute of Medical Research (1907-1948)

Oswald Avery accepted and began working for Cole in 1913 as a research assistant. In 1915 he was promoted to an associate at the Rockefeller Institute. He subsequently spent the following 35 years at the institute focusing on Diplococcus pneumonia, a single species of pneumonia creating bacteria. His work was interrupted in 1917 when he became a private in the U.S. Army Medical Corps during World War I. In 1918; he was commissioned as a captain in the U.S. Army.

At  65, Avery became a member emeritus (1943-1948)  at the Rockefeller Institute. Colin M. MacLeod had joined Avery in his laboratory at the Rockefeller Institute in 1934, and Maclyn McCarty in 1941. MacLeod, McCarty, and Avery published their results on the transforming principle in 1944. Their paper in the Journal of Experimental Medicine proved that genetic material was DNA, not protein as previously assumed by researchers.

Avery was inducted posthumously into the Canadian Medical Hall of Fame. He was elected President of the Society of American Bacteriologists in 1941. From 1943 until 1945, during World War II, he was a member of the Army Epidemiology Board. He also received a number of honorary degrees from various universities including Rutgers University, New York University, McGill University and the University of Chicago.