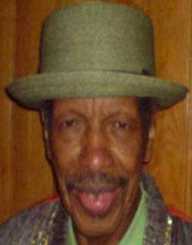 Ornette Coleman is recognized as one of the best saxophonists and also the creator of one of the most improvisational styles of music, i.e., Jazz style that was completely different from the traditional methods or patterns of playing the harmonica. He is also regarded as one of the profound violinists, trumpeters, and composers of his times. Some of his works are out of the time are even quoted as basic standards when it comes to working on free jazz. He has also received Pulitzer Prize for music.

Randolph Denard Ornette Coleman famous by the name of Ornette Coleman was born on 9th of March in the year 1930 in Fort Worth situated in Texas. He was a talented person from his very birth and also inclined towards music which could be seen from the fact that he was dismissed from the school band for improvising too much while he attended the I.M. Terrell High School.

Ornette Coleman began his career when he started performing saxophone for R&B and bebop. In the quest to leave the town, he even accepted the job offer from Silas Green where he worked for a travelling show with touring rhythm and blues shows. His unique and new style of music was not accepted at first by various established musicians, and therefore he had to suffer rejection a lot of times early on in his career.

Coleman never gave up and started working on his music and also started studying harmony while he worked as an elevator operator. When he found musicians with the same unorthodox thinking in the year 1958, he even released his album by the name of ‘Something Else.’ Coleman later formed a band with these musicians that featured Don Cherry as the trumpeter, Billy Higgins as the drummer and they later included Charlie Haden as the bassist. Later, Ornette Coleman also recorded some of his best classical recordings along with the same band by the name of ‘The Shape of Jazz to Come’ in the year 1959 and one more in the following year by the name of ‘Change of Century.’

With his unorthodox style, Ornette Coleman sure created some controversies regarding the patterns especially when he moved to New York City. Despite the unusual style, his works were always influential especially the improvising jazz quartet done by the band by the name of ‘Beauty is a Rare Thing.’

His works were not only limited to the saxophone but in the 1960’s he even learned violin and trumpet and also incorporated his unique style with those instruments as well. Later on, in his career, he changed his role form more of a musician to a composer in the 1970’s. Ornette’s one of his best compositions was in the year 1972 by the name of ‘Suite Skies of America’ by the London Symphony Orchestra.

Impressed by the unique style, he was later a part of an electric band group focusing on the fusion of rock music with harmonically collective improvisation by the name of Prime Time and remained up still until 1990’s.

Ornette Coleman has won many awards for his numerous works over the years. He received Japan Art Association’s Praemium Imperiale prize in the year 2001 and was also awarded the Pulitzer Prize for music in the year 2007. His unorthodox style was not only influential for the fellow saxophonist and other players of various instruments but for the future generations to come as well.