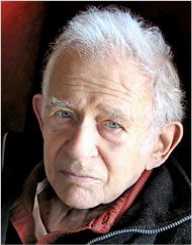 Norman Kingsley Mailer was a Journalist, novelist, and screenwriter. He wrote fiction, nonfiction and books during World War ll. He loved writing and loved being married. Not only this, but he loved women in general. His many wives and mistresses are a testament to this fact. He had several children from his many marriages. But this did not stop him from following his passions, all of them, in his life.

On January 31, 1923, Norman Mailer was born to Isaac Barnett Mailer and Fanny Schneider. He was born in Long Branch, New Jersey. His father was an accountant and business man. His mother worked for a trucking company. He had a sister named Barbara who was born in 1927.

At the age of 9, he found that he liked to write. He wrote a 250 page story called: invasion from Mars. He didn’t really pursue writing until he went to college. At 16 years old he attended Harvard University. That is where he became fascinated with writing. Norman graduated with a B.S. Degree in Aeronautical Engineering in 1943. He was 20 when he graduated.

In 1941, Norman published his very first Story: the greatest thing in the world. In 1943 after college he joined the U.S. Army. He served in the Philippines during World war ll. By 1946 he left the army. His time in the military helped inspire him to write his bestselling novel: The naked and the dead.

Throughout his life, Norman Mailer had six wives. And between those wives, he had eight biological children and 1 adopted child. He even kept several mistresses over his life.

His married life started with Beatrice Silverman. He married her in 1944. They had a daughter named Susan. They got divorced in 1952.

His next wife was Adele Morales. They married in 1954 and had two daughters named Danielle and Elizabeth. In 1960, they were at a party where he stabbed Adele with the intent to kill her with a pen knife. Although she didn’t press charges against him, he pleaded guilty and received a suspended sentence. They divorced soon afterward.

Other than his writing, Norman Mailer was also known for fighting while drunk. He had issues with alcohol and drugs during his life. It was while partying and drinking that he got into the fight with Adele and stabbed her.

Wife number 3 was Jeanne Campbell. They married in 1962. She too gave him a daughter named Kate. Kate had become an actress. Jeanne and Norman’s marriage ended in 1963.

His fourth marriage was to Beverly Bentley in 1963. She gave him two children, Michael and Steven. Michael became a producer, and Steven became an actor. Beverly and Norman divorced in 1980.

Not long after his 4th divorce, Carol Stevens being pregnant with Norman’s 7th child, they became married just to give the child legal status. Unfortunately, they divorced only two days after the wedding. Their daughter’s name is Maggie.

Norman Mailer married Norris Church in 1980. This time he received a son that they named John Buffalo Mailer. John became a writer like his father and an actor. During his marriage to Norris, he also adopted her son from a previous marriage. His name was Mathew Norris.

He co-wrote a book with John Buffalo named: the Big Empty. Then he made an appearance in the Gilmore girls with his son Stephen.

At the age of 25 in 1948, Norman Mailer wrote a bestselling novel called the naked and the dead. In the book extracted from events during his military service. The book was initially rejected by several publishers for bad language. When it was finely published, it stayed listed on the New York Times bestsellers list for a total of 60 weeks.

In the late 1940’s, Norman went to Hollywood and began working as a script writer. When he left Hollywood in 1951 he published his second book called Barbary shore. This book was an interpretation of the cold war in Brooklyn. This book was rejected as an ungraceful story before finally being published.

Later in 1951, he began his third novel called the deer park. This was based on experience with corruption and immortality in holiday. This book was also rejected many times before being published. In 1967 he would then produce a play version of the book. This play was staged in Greenwich Village.

During the 1950’s, Norman Mailer began writing essays. He had a reputation as an anti-establishment essayist. In 1955, he became one of the founders of the village voice, which was a newspaper where he wrote a regular column.

In 1959, he wrote a collection of unfinished stories and novels, essays, and notes from notebooks. Drawing in a younger crowd he wrote An American Dream in 1965, Why Are We in Vietnam? In 1967 and the Armies of the Night in 1968.

He wrote a biography of Marilyn Monroe in 1973 which sold more copies than all but one of his books combined. It was a controversial book that claimed that she was killed by the FBI and CIA because she had an affair with Robert Kennedy.

Norman’s fourth book, called: an American dream in 1964 was highly praised by many writers and critics. The book is still in print today. Next, in 1980, he wrote a book called: the executioner’s song. This album gained the Pulitzer Prize for fiction. The next book he wrote was called: Ancient Evenings. This too became a best seller.

In 1991, Norman Mailer wrote his longest novel called Harlot’s Ghost. Then he wrote one final story called: the castle in the forest. This book was based on Hitler’s childhood. This was considered his second-best novel.

Norman Mailer was a Democrat who ran for the New York City mayor’s position. Although he ran for the election, he did not win. Jimmy Breslin was his running mate. His slogan was ‘No More Bullshit’!

When Norman Mailer was 84 years old he died of acute renal failure after undergoing lung surgery. His death was on November 10, 2007. He was working on a sequel to his book about Hitler: The Castle in the Forest when he passed on. He had a long life following his passion in writing and his passion for women at the same time. Norman was often described as controversial, and egotistical in nature. In his life he wrote over 45 thousand letters. He is buried in Provincetown Cemetery in Provincetown, Massachusetts.

Also, a fact that is not as widely known is that Norman Mailer enjoyed drawing in his later life. He brought a lot when he could. One of his favorite artists was Picasso. Picasso was an inspiration to Norman. His drawings are displayed online and were initially presented in Provincetown, Massachusetts.