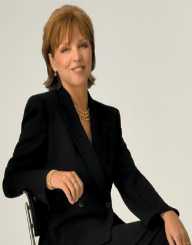 Nora Roberts was born on October 10th, in 1950. She is a celebrated American author with over 200 romance novels in her name.

Nora Roberts was born Eleanor Marie Robertson on October 10th, in 1950. Her place of birth was in Silver Spring in Maryland. She is the youngest child in a family of five children. Growing up, Roberts was accustomed to books for her family were passionate readers.

Nora Roberts went to Montgomery Blair High School. It is while studying at the school that she met Ronald Aufdem-Brinke who would later become her first husband.

In February 1979, Nora Roberts began her writing career at a time when she was a mother to her two kids. The weather was snowy and that she had to take care of her boys within the house. Therefore, she thought it wise that the best thing she could do was to write. Her ideas flowed seamlessly the first time she tried writing and things fell into place since then.

With about two years’ experience in writing manuscripts and that they were being turned down, Roberts successfully sold her book titled Irish Thoroughbred in 1981.

In two years after selling her first work, Nora Roberts took her writing career seriously and published about 23 novels. Things did not work out for her during her early writing years. However, she rose to the limelight in 1985 following the release of the romance novel called Playing the Odds. The publication of this book earned Roberts profound acclaim and thereby winning herself an enthusiastic fan base.

Nora Roberts has been married twice. She first got married to her high school sweetheart Ronald Aufdem-Brinke in 1968. This marriage was against her parents’ wishes as they were just from high school. After years of being together, the couple separated in 1983. She then got married to Bruce Wilder who was a carpenter. Her second marriage was in mid-1985.