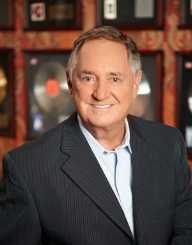 Neil Sedaka, born on March 13, 1939, is an American pop singer, composer, pianist and record producer. His music career began in 1957, and since then he has sold millions of records. He has written or co-written more than 500 songs.

Neil Sedaka was born in New York in 1939. His father was a taxi driver. His grandparents came to the U.S. from Constantinople in 1910. Sedaka demonstrated musical capabilities early in life. His second-grade teacher suggested that he take piano lessons. His mother took the part-time job to pay for his experiences.

In 1947 he successfully auditioned for Juilliard School of Music Preparatory Division for Children and got a piano scholarship. Although his mother wanted him to become a classical pianist, Sedaka grew interested in pop music. When he was 13, his neighbor introduced him to the 16-year-old Howard Greenfield - aspiring poet and lyricist. They became friends and two of the Brill Building’s composers.

After graduating from Abraham Lincoln High School, Neil Sedaka formed a band called the Tokens. The group had minor regional success, until 1961, when they reached the top of the Billboard pop chart with their hit “ The Lion Sleeps Tonight.” In the meantime, Sedaka was also performing as a solo artist. His first single was “The Diary,” which peaked at No.14 on the Billboard Hot 100 in 1958.

However, his next singles did not do so well, and Sedaka’s records company RCA Victor were ready to drop him from the label. His manager convinced the name to give Neil Sedaka another chance. Knowing that he only had one last chance, Sedaka studied the biggest singles of all time and discovered that all pop songs of the time have a similar structure.

In 1962 Neil Sedaka released his top hits - “Breaking up is hard to do” and “Next door to an angel.” This year was one of the most important in his career. Afterwards, his career started to decline, due to the what was called “British invasion” in music and TV.

At the time, The Beatles was taking the top of every chart. In 1964 he wrote a new single “It hurts to be in love,” but recorded it in another studio. RCA label refused to publish it for this reason. The song's co-writers than offered the song to Gene Pitney, who changed only Sedaka’s voice track with his own.

The song reached Billboard’s top 100 at No.7. This was devastating news for Sedaka. In 1966 his contract with expired and he was left without a records label. He continued to write songs for others. In late 60’s Sedaka had some success in Australia and UK, but his albums from the time did not succeed in the U.S.

In 1973 Neil Sedaka met Elton John and was offered to join his records company. He returned to the U.S. with his album Sedaka’s back and later created the album Neil Sedaka Sings His Greatest Hits. In 1995 Sedaka's hit “Love will keep us together” was the biggest hit of the year.

In 1976, a third album Stepping Out was released, but the record was not as successful as the previous two. By this time, Elton John had lost interest in Sedaka and didn’t offer him as much money when renegotiating their contract.

Sedaka left Rocket Records and signed with Elektra records. He released album A song, which had moderate success, and later, the album All You Need Is The Music, which was a failure. The disco era had arrived, and it marked the downfall of Sedaka’s career.

Neil Sedaka continues to tour in the U.S. He appeared as the guest judge on American Idol in 2003. On October 26, Sedaka performed at the Lincoln Center to celebrate the 50th anniversary of his debut in show business. He also toured Australia and the Philippines. In 2016 he released an acoustic solo album named I Do It For Applause.

Neil Sedaka has been married since 1962 to his wife, Leba. They have two children - daughter, Dara and a son, Marc.