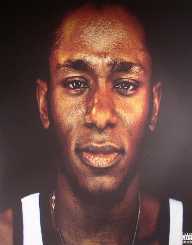 Mos Def was born on December 11, 1973, in Brooklyn, New York, USA. He later used the stage name Mos Def, which is the name he is best known for now. He has also been known to use the namesYasiin Bey (his current legal name) and Dante Beze. His parents are Sheron Smith and Abdul Rahman. He also has several biological siblings and step-siblings.

While in elementary and high school, Mos Def had begun to show an interest in music and acting. He performed in his first school play while in elementary school and starting acting professionally when he was in high school. His first role was in a made-for-television movie called God Bless the Child in 1988.

In 1990, he started acting in his first television series, You Take the Kids, as the character Raymond Kirkland. He stayed on this show until 1991. He later appeared in three episodes of the show Here and Now in 1992. However, his most impressive television role of the 1990’s was as Dante on The Cosby Mysteries from 1994 to 1995 and in the made-for-television movie of the same name. He later acted in a couple of episodes of the shows Brooklyn South, Spin City, and NYPD Blue in the late 1990’s, which is also around the time that he started to go by the stage name Mos Def.

Mos Def diversified his acting career in the 2000’s. During this decade, he appeared in television shows, made-for-television movies, and blockbuster films. Some of the most famous projects Mos Def worked on in this decade included My Wife and Kids, The Italian Job, Talladega Nights: The Ballad of Ricky Bobby, and The Hitchhiker’s Guide to the Galaxy. Also during this decade, he had recurring roles on the shows Chappelle's Show and the animated show The Boondocks.

As of the 2010’s, Mos Def continues to act, but not as much as he has in previous decades. In 2011, he had a recurring role on the television show Dexter. It was also around this time that he legally changed his name to Yasiin Bey. He had also appeared in the films Begin Again, Life of Crime, and Tour de France: the most recent of these films were produced in 2016.

In the 1990’s, Mos Def started to make a name for himself as not only an actor but also as a rapper. Around this time, he was featured in songs by other artists, but it wasn’t until 1996 that he released his first solo single, “Universal Magnetic.” Shortly after the song was released, he signed on with Rawkus Records. In 1998, he joined forces with Talib Kweli to form the rap duo Black Star. In the same year, the duo released their first album together: Mos Def & Talib Kweli Are Black Star. In 1999, Mos Def also released a solo rap album called Black on Both Sides.

In the 2000’s, Mos Def mostly released solo albums. In 2004, he released the solo album The New Danger and the collaborative album Manifest Destiny (with the group UTD). In 2006, he released another solo album, True Magic, this time using Geffen Records to produce his music. His most recent solo album, The Ecstatic, was released in 2009 with Downtown Records.

Although Mos Def has not released another album since 2009, he has continued to work in music throughout the early 2010’s. He has worked with musicians and music groups like Jim Jones and the Black Keys. In 2016, he claimed to retire from music. However, he released the collaborative album Dec 99th in 2016 with Ferrari Sheppard and had announced that he would be releasing other solo albums soon.

Mos Def’s awards are for his acting career. All his current acting awards are listed below.

NAMIC Vision Award for Best Dramatic Performance (Something the Lord Made)

Mos Def married Maria Yepes in 1996. Together, this couple had two daughters: Chandani and Jauhara. However, this couple later divorced. He married Alana Wyatt in 2005.