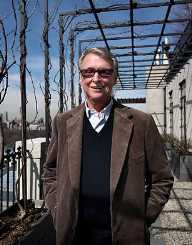 Mikhail Igo Peschkowsky known as Mike Nichols was a German-born American actor, comedian, and director. Born on November 6, 1931, he was also a film and theatre director. Mike Nichols was best known for his ability to work in all variety of films and how to get the best out of the actors he worked with. No matter the experience and ability the actors, Nichols found a way to make bring them to the apex and achieve the best. He commenced his career as a comedian with the improvisational troupe, The Compass Player in Chicago. Mike Nichols then collaborated with Elaine May to form the comedy duo, Nichols, and May. Mike Nichols had a change in direction in 1961 when he ventured in play directing after the disbandment of Mike Nichols and May.

Mike Nichols made a Broadway directing debut in 1963 with Neil Simon’s Barefoot in the Part and a film-directing debut in Warner Brothers’ Who’s Afraid of Virginia Woolf? In 1966. The film won five out of 13 Academy Awards nominations, and Nichols was highly praised for his work. He achieved feather acclaims directing films like The Graduate, 1967, Catch-22, 1970, Carnal Knowledge, 1971 and Working Girl in 1988. Mike Nichols won several awards, including a Grammy and BAFTA for his career as a comedian and director.

Mike Nichols was born on November 6, 1931, in Berlin, Germany to Brigitte and Pavel Peschkowsky. Since his parents were Jewish, young Mike Nichols and his three-year-old brother Robert were flown to the United States of America in 1939 during the rise of the Nazis. His father had already moved there a few months before, and Brigitte also joined them in 1940 passing through Italy. The family later settled in New York City on April 28, 1939. It was the stay in American that the surname Nichols was adopted by his father and subsequently gave it to his children. Mike Nichols had his education, elementary education at a public school in Manhattan.

Mike Nichols started a career as a radio announcer on the classical music station WFMT FM in 1953 in Chicago. While there, he came out with the folk music program, The Midnight Special on Saturday nights upon the instruction of the radio’s co-owner Rita Jacobs. As a host, he mostly invited a musician to the show for live performances. He left the program after two years and was succeeded by Norm Pellegrini.

Mike Nichols left Chicago for New York after his radio career in 1953. While there, he studied method acting under Lee Strasberg. After his training, he found it difficult to get a stage work and therefore returned to Chicago where he joined the Compass Players in 1955. The lineup of the group included May, Shelley Berman, Nancy Ponder and Del Close with Paul Sills being the director. After spending some time with the group, he partnered with May to form the duo, Nichols, and May in 1958. The group started with their performances in New York City performing live satirical comedy. The duo also performed in nightclubs and radio and television programs. Most of their performances at the time were recorded and became best sellers. They opened the Broadway show An Evening with Mike Nichols and Elaine May in 1960. The show, which was directed by Arthur Penn, produced an LP album that won a Grammy Award for Best Comedy Album in 1962.

Mike Nichols and May could not stand the test of time as it was disbanded in 1961with each pursuing a new project. The two, however, worked together on different occasions including the inaugural gala of Jimmy Carter in 1977. They also worked in Who’s Afraid of Virginia Woolf? In 1980 which Nichols directed.

Career As A Director

After the disbandment of Mike Nichols and May in 1961, he ventured into film and play directing. He moved to Vancouver, B.C to direct Oscar Wilde’s The Importance of Being Earnest. Mike Nichols then directed Neil Simon’s play, Barefoot in The Park in 1963. The play became very successful and won Nichols a Tony Award. He directed several other Broadway productions of Simons including The Odd Couples in 1965, which won him several Tony Awards for Best Director. Mike Nichols also directed off-Broadway productions The Knack and the play Luv in 1964. These productions also won him Tony Awards and became very successful.

Mike Nichols directing prowess continued to rise and become one of the most sorts for directors in the America Theater. This popularity took him into film directing, and his debut was in Warner Bros’ Who’s, is Afraid of Virginia Wolf? In 1966. The film became very successful commercially and was critically acclaimed. It won several awards, including five Academy Awards after 11 nominations and won three BAFTA Awards.In1967, Mike Nichols directed the film The Graduate which also became a hit and the highest grossing film that year. The film that featured actors like Dustin Hoffman, Katharine Ross, and Anne Bancroft has seven Academy Awards nominations, and Nichols won the Best Director.

Mike Nichols did not abandon his directing works on Broadway productions as he went into films. He worked within the two varieties concurrently. He directed the Apple Tree, The Little Foxes in 1967 and Plaza Suite in 1968, which won him a Tony Award. Mike Nichols directed other films like Catch-22, in 1970 that became highly controversial because of its nude scene and depiction of sexual intercourse.

In1971, Mike Nichols directed the Neil Simon’s Broadway production, The Prisoner of Second Avenue that won him Tony Awards and in 1973 directed the film The Day of the Dolphin. At a point, winning award became synonymous with Nichols directing works. Most of his works won the award for either him, the casts or the film itself. His most recent directing works include Death of a Salesman, 2012 and Betrayal, in 2013.

Mike Nichols married four times with three ending in divorce. His first wife was in  1957 to Patricia Scott, but they divorced in three years’ time. He then married Margot Callas from 1963 to 1974. The couple had a daughter, Daisy Nichols. Mike Nichols third marriage was to Annabel Davis-Goff, and that produced two children, Mike Nichols and Jenny Nichols. The two got divorced in1986. On April 29, 1988, he married his fourth and last wife Diane Sawyer who was an ABC World News anchor. On November 19, 2014, he died of a heart attack at his Manhattan apartment.