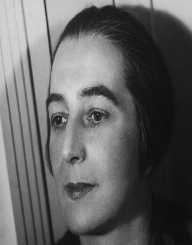 Sarah Ilinitchna Stern was born on November 14, 1885, in Hradyzk, which lies in present-day Ukraine. The place was a part of the Russian Empire at that time. Her father was working as a Foreman of a nail manufacturing company. Soon, she moved to St. Petersburg in Russia, where her wealthy maternal uncle resided and was a successful lawyer. Her maternal Uncle Henri Terk and aunt Anna were keen to adopt her. After the initial reluctance and opposition from her mother, finally, in 1890, she was officially adopted by the Terk family.

Sarah Ilinitchna Stern was introduced as Sonia Terk by her adopted parents. Being raised in the affluent Terk family, she had a privileged upbringing spending the summer holidays in Finland and traveling all over Europe. She was introduced to the famous art museums and galleries of Europe from a very young age.

In St. Petersburg, while attending a secondary school of repute, Sonia's drawing skill was noticed by her teacher. As per her teacher’s suggestion, she was sent to Academy of Fine Arts in Karlsruhe, Germany to hone her artistic skill. She attended the Art school till 1905 and moved to Paris after that. In Paris, she enrolled herself at the Académie de La Palette in Montparnasse. She did not quite like the teaching method at the academy and started spending more time in visiting the famed art galleries of Paris than attending classes.

The art of post-impressionist artists like Paul Gauguin, Van Gogh, Henri Rousseau and fauves like Henri Matisse, Derain etc. had a deep impact on her. Soon, Sonia Delaunay started painting with great enthusiasm and vigour. She arranged her first solo art exhibition in 1908 at the ‘Montparnasse Gallery’ with the help of her first husband German Art Gallery owner Wilhelm Uhde.

Sonia met her second husband Robert Delaunay in early 1909. She found a compatible fellow artist in Robert and together they revolutionized the use of color in art and developed a new school of abstract art called ‘Orphism’ art movement. ‘Orphism’ is basically a branch of Cubism where strong colors and geometric shapes and patterns are predominantly used. She used the principles of Orphism in her paintings as well as in designing fabrics, pottery decoration, stage sets and also in other applied arts. In 1911, she made a patchwork quilt for her son. It showed her earlier experiments in the use of bold colors and geometric patterns. The quilt is preserved in the collections of the Musée National d'Art Moderne in Paris.

One of the main ideas of the Orphism art movement was simultaneous design. It was a harmonious juxtaposition of pure colors when two different designs are placed next to each other. The theory of this simultaneous design was applied to various art forms and Sonia Delaunay's first large-scale painting ‘Bal Bullier’ was a direct product of this style. She applied the theory in fabric design also and called them ‘Simultaneous Dresses.’

During the onslaught of World War I, the Delaunay couple mostly stayed put in Spain and Portugal. Sonia made a stunning painting called ‘Marché au Minho’ (the market at Minho) in 1916 during their stay in Portugal. The painting was said to be inspired by the beauty of the country. In the same year, she held a solo exhibition of her work in Stockholm, Sweden. She branched out to stage set decoration and interior design for financial support, as the same has been discontinued from her adopted parents after the Russian Revolution.

Sonia Delaunay designed costumes for the Sergei Diaghilev production of ‘Cleopatra’ in Madrid, Spain in 1917 whereas the stage was designed by Robert. They did the same for the performance of ‘Aida’ in Barcelona. In Madrid, she decorated a nightclub called ‘Petit Casino’ and founded ‘Casa Sonia’. It was a sort of office where she used to sell her design for interior decoration and fashion.

Sonia Delaunay finally came back to Paris in 1921 and started her own business with a registered trademark 'simultané'. She did brisk business catering to the needs of dress manufacturers and all other types of customers. She opened a fashion studio in 1924 jointly with Jacques Heim and served to a clientele of the likes of Gloria Swanson, Gabrielle Dorziat, Nancy Cunard and Lucienne Bogaert. She again started doing paintings in 1930 and created a series of large paintings including the famous 'Rhythme', 'Rhythmecoloré' and 'Rhythmes-couleurs’.

In 1964, French authorities held a retrospective of her work at the ‘Louvre’ museum in Paris. Sonia Delaunay was the first living woman artist to have received such honor.

In 1975, she was decorated with the highest French civilian award ‘French Legion of Honor’.

She is also the recipient of a ‘World Exhibition’ gold medal entitled ‘Portugal’.

In 1908, Sonia Delaunay married art gallery owner Wilhelm Uhde. Robert Delaunay’s mother used to frequent the art gallery owned by Sonia’s husband, Uhde. Her son Robert sometimes accompanied her. It was during one such exhibition, Sonia got acquainted with Robert. Within a few months of their meeting, the two began dating each other and Sonia started to contemplating divorce from Uhde. Sonia and Wilhelm got officially divorced after two years in August 1910. On November 15, 1910, she eventually tied the knot with Robert Delaunay. The couple was blessed with a son named Charles Delaunay.

Sonia Delaunay died on December 5, 1979, in Paris at the age of 94. She was laid to rest in Gambais besides Robert Delaunay’s grave. Robert had passed away battling cancer in 1941.

Sonia Delaunay’s painting ‘Coccinelle’ was featured on a commemorative stamp issued in her honor by the French Post Office in 2004.