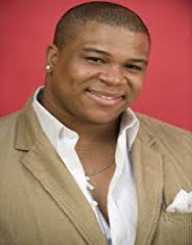 Michael Lynche is an American singer who is known for his participation in the singing competition American Idol.

Michael Alexander Lynche was born on May 31, 1983, in the city of Saint Petersburg, Florida. His mother was Michele Lynche, and his father was Marque Lynche Sr. His mother liked music and introduced him to a variety of artists. He was influenced by performers such as Lauryn Hill, Michael Jackson, Jimi Hendrix, Bonnie Raitt, 2Pac, Al Green, and Maxwell. He had an older brother named Marque Lynche Jr, who passed away in 2015. His brother appeared in the Mickey Mouse Club and took part in the third season of American Idol.

Michael Lynche attended Gibbs High School in the Pinellas County School District. He played football and earned an athletic scholarship to the University of Central Florida. After playing for two seasons, he dropped out to take care of his sick mother. While he was tending to his mother, he learned how to play the guitar.

On July 9, 2009, Michael Lynche auditioned for the ninth season of American Idol. He auditioned in Orlando and sang his cover of the song “Unchained Melody” by Alex North. He passed several more auditions and ended up in the finals. The audience voted him out on April 7, 2010. However, the judges used their only save of the season to keep him in the competition. The audience voted him out again on May 12, 2010, taking him out of the competition and making him the fourth-place finalist. That summer, he joined the rest of the top 10 finalists on the American Idol Live tour. His set consisted of the songs “My Love,” “Ready for Love” and “This Woman’s Work.”

After American Idol, Michael Lynche toured as an opening act for Faith Evans, Lyfe Jennings, Boyz II Men, and Lalah Hathaway. He signed a record deal with the independent label Big3 Records. In 2012, he released his debut self-titled album. It reached the Adult R&B and Hot R&B charts. The album received great critical acclaim for its unique approach to R&B. Lynche later joined Maestro Jeff Tyzik on his show Let’s Dance. The show performed with the Detroit Symphony Orchestra, the Dallas Symphony, the Toronto Symphony, the Utah Symphony, and the Calgary Philharmonic. He and Tyzik also collaborated on the soul revue “R&B Legends.”

Michael Lynche's wife is named Christa. She gave birth to their daughter, Laila Rose, while he was away filming the Hollywood Week of American Idol.