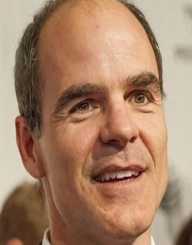 Michael Joseph Kelly Jr. mostly referred to as Michael Kelly is one of the most brilliant actors of his time. He was born on 22nd of May 1969. His role as an actor came at an early age while he was still in the Coast Carolina University. He moved to New York in search of work where he worked in the TV commercial work. TV appearances came, and film roles soon followed after that. The role he played as a political fixer in the series the House of Cards is one of his best work.

Michael Kelly is one of the four children born to Michael Kelly Sr. and Maureen Kelly. He was born on 22nd May 1969, in Philadelphia, Pennsylvania. His parents moved to Lawrenceville, Georgia where he spent most of his childhood years in the suburb areas of Atlanta.

After the grade level, Michael Kelly attended the Brookwood High School in Snellville, Georgia where he graduated in 1987. He applied to the Coastal Carolina University with the hope of studying law. His plans changed shortly after and he went for the acting classes instead. In 1992 he graduated with a bachelor’s degree in dramatic arts from Coastal Carolina University.

He did not move from Carolina immediately. He decided to stay around the place where he worked as a busboy while planning on what to do next. During this period, he appeared on small-time stages to keep his dramatic talents sharp.

Michael Kelly had humble beginnings in his career. He had no personal connection that could link him to the movie world directly. This made him call a family friend he knew in the business and requested for his advice. There was not much that came of that, and he decided to make his move to New York. He was not rich, so took the risk with only $ 500 to his name. He found an abode with an old friend and looked for work from there.

During the first year in the city, he had a rough time coping. He would search and scavenge through the city looking for an opportunity to show his acting talents. He would from now and then get minor roles in the commercials. These boosted his repertoire.

The River Red film got Michael Kelly another significant boost as the film won at the Sundance Film Festival. This movie opened doors to new opportunities like the Man on the Moon in 1999. Also, he also found roles in the Clint Eastwood film The Challenging that was produced in 2008.

The Superman reboot Man of Steel 2013, gave him another chance to make his mark in the film industry. He killed the part he was assigned as Steve Lombard exquisitely. Another role availed itself in 2015, as the film Everest.

The film was based on the actual events that took place in the life of Krakauer in 1997. It depicted the hardships that were faced by a group of mountain climbers and loss of life while trying to get to the peak of Mount Everest.  He has also made an appearance in renowned popular TV series like The Sopranos, Law and Order and even CSI Miami.

The Peak of his Career

In the year 2013, Michael Kelly’s promising career got an opportunity that sealed him as one of the greatest actors of all time. The Netflix Series House of Cards rolled into production, and the fans loved it. He starred in the show as the chief of staff to a U.S Senator and then to President of the United States. This show earned him a nomination to the Emmy Award for an Outstanding Supporting Actor.

Michael Kelly Jr. married his wife Karyn in 2015, and they are currently living in New York. Their union is blessed with two lovely children.