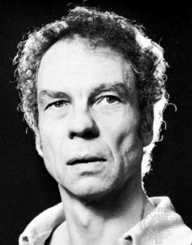 Merce Cunningham was a charismatic American choreographer, influential teacher, and contemporary dancer. Merce was in the forefront of American modern dance for over five decades and is known to have collaborated with various renowned artists’ designers, musicians and architects to better his performances. He is mostly remembered for his work in choreography, is a very innovative and influential one.

Merce is known for creating personal dance styles, based on athletics and body movements which gained wide acclaims. He founded Merce Cunningham Dance Company, whereby many modern dancers were born. The foundation exists to date with a living legacy.

Merce Cunningham was born on April 16, 1919, in Centralia Washington. His parents were Clifford D Cunningham and Mayme Cunningham. He had two other brothers who unlike him followed their father’s line of work. He attained his college education at George Washington University for a year and Cornish school of fine arts for two years. Here, he pursued formal dance and theatre training.

Merce also attended the Mills College and was under the tutelage of the famous Lester Horton, who was a renowned dancer and choreographer. Due to his talent and performances, he received recognition from a famous dancer Martha Graham, and she invited him to be part of his company. Merce accepted the offer and went on to work for her in New York.

From an early age, Merce Cunningham took dance lessons, i.e., from a local teacher named Maude Barrett. From this time, he developed a passion for dance, which served a perfect outlet for exploration of movements to him. He was spotted by Martha Graham and was taken up at the Martha Graham Company in 1939. While there, he danced as a soloist and his first concert was in New York in 1944. He has actively involved in many of their productions for example `El penitente and `Appalachian Spring.’

Merce worked with the company for about seven years and left to work as a self-employed choreographer. At that time, he began his choreography works and came up with productions like `Root of an Unfocus and `Mysterious adventure.’ Merce had a unique style and approach to choreography and developed his style called `Choreography by chance.’

Merce Cunningham worked for Black Mountain College in 1953, as a teacher. It was during his time there that he formed the Merce Cunningham Dance Company. The company was the success with its creative choreography works and attracted large audiences who could not get enough of their performances. It consisted of many dancers, for example, Voile Farber Carolyn Brown, Paul Taylor among others. The company took a step further and held a world tour at around 1964, which added to their extensive fan base all over the world.

Merce and company came up with very many astounding dance performances. Some of them are; `Sound dance,’ `Ocean,’ `Views on stage,’` Nearly ninety’ and `Split Sides.’ More so, he was innovative as he adopted computer animation and dance forms in his choreography works during the nineties.

Merce Cunningham got married to John Cage, a composer whom he also worked with all his life as his collaborator. The two met during his early days while working for Martha Graham.