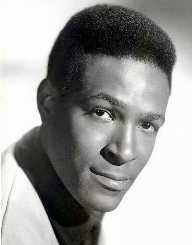 Born on April 2, 1939, Marvin Pentz Gay popularly known as Marvin Gaye was an American singer and record producer. Though he had a short life, Gaye paid his dues in the music industry and also helped shape the sound of Motown and had the accolade Prince of Motown. His musical career earned him awards like the Grammy with the song Sexual Healing in 1982. He also had hit song like Ain't That Peculiar, I Heard It Through the Grapevine, How Sweet It Is among others. He also recorded with famous artist like Diana Ross, Tammi Terrell and Kim Weston.

Marvin Gaye was born on April 2, 1939, to Marvin Gaye Sr. and Alberta Gay in Washington DC. He dad was a church minister while the other was a domestic worker. Gaye was the second child of four by his parents. He spent his childhood days in the Southwest Waterfront neighborhood and grew up with family and friends. He had his elementary education at Syphax Elementary School and continued to Randall Junior High School.

Growing up Gaye recounts his dad mindlessly beat him for the least mistake. His passion for singing started at a tender age of four when he used to sing at the church. At age 11, he was encouraged to take on music as a career because of his talent. His performance of Mario Lanza’s Be My Love at a school play even strengthened such encouragements. At junior high school, he joined the Glee Club and became a singing star. His high school education started at Singham High school and moved to Cardozo High School where he participated Dipper and D.C Tones.

All this while his relationship with his dad was like a cat and the mouse. Gaye eventually dropped out of school in 1956 to enlist in the United State Airforce as a basic airman. He was however discharged after he faked illness due to enormous tasks.

When Marvin Gaye returned from the military, he joined his friend Reese Palmer to form The Marquees. They started to perform in some areas in D.C and got a recording deal with Columbia, a subsidiary of Okeh Records after working with Bo Diddley of Chess. Their debut single with the label, Wyatt Earp, failed to chart after release. This necessitated the name to end its deal with the group.

The group was later hired by Harvey Fuqua of Moonglows and changed its name to Harvey and the New Moonglows. In 1959, they recorded songs like Mama Loocie and subsequently found a job as session singers for Chuck Berry. A year on, the group was disbanded, and Gaye moved to Detroit with Fuqua. There he got a deal with Tri-Phi Records as a drummer and session musician. Motown president Berry Gordy signed Gaye on the Motown subsidiary Tamla after being impressed with Gaye’s singing ability.

At Tamla, Marvin Gaye pursued jazz music and standards career. He released his debut single with Tamla Let Your Conscience Be Your Guide in 1961. He later released the album The Soulful Moods of Marvin Gaye. In 1962, he published Stubborn Kind of Fellow which became a hit and charted eight on R&B chart and 46 on the Billboard hot 100. With the success of that solo, he released others like Hitch Hike and Pride of Joy in 1963. Both tracks became a hit with Pride and Joy gaining Gaye his first single to chart in the top 10.

Marvin then collaborated with Mary Wells to release a duet album Together in 1964. The album did well and was followed by the solo How Sweet It Is written by Holland Dozier Holland. The song charted six of the Hot 100 and was able to penetrate on to the UK top 50. He picked an acting role in the film The T.AM.I Showed in 1964 and released two R&B singles. I’ll Be Doggone and That Peculiar the following year.

Gaye got on top of his game with the release of I Heard it Through the Grapevine which hit number one on the Billboard Hot 100. The song also did very well out of the US selling over 4 million copies. He followed it with other songs like That’s the Way Love Is, Too Busy Thinking About My Baby and the album M.P.G which became number 1 R&B album in 1969. In 1970 Gaye went on strike recording after Berry Gordy refused to release the song What’s Going On. The song was influenced by his witness to police brutality at an anti-war rally in Berkeley.

In Gordy’s view the song was too political, but upon the strike, it was released in 1971. The song became popular and reached number 1 on the R&B chart for five weeks and sold over two million copies. His song, Sexual Healing released on September 30, 1982, was a massive success in Canada and New Zealand. Sexual Healing won two Grammys for Best Male R&B Vocal Performance in 1983. It also won an American Music Award in the R&B category. Gaye’s last television appearance was on the Soul Train and Motown 25: Yesterday, Today, Forever special.

Marvin Gaye won several awards and recognition during his career and posthumously. He was inducted into the Rock and Roll Hall of Fame in 1987. April 2 each year has been designated as "Marvin Gaye Jr. Memorial Scholarship Fund Day" in D.C. He honored a star on the Hollywood Walk of Fame in 1990, Grammy Life Time Achievement in 1996 and the Watts Branch Park in Washington was renamed, Marvin Gaye Park. He has also won several other honors and awards.

Marvin Gaye also got himself into some acting works to prove his versatility. His debut movie was in The Ballad of Andy Crocker in 1969. He acted as David Owens in the film about a veteran soldier felt betrayed after returning from war. His other film was Chrome and Hot Leather in which he worked Jim.

Marvin Gaye till now still has some good earning coming from his estate. He is among the Top-Earning dead celebrities according to Forbes magazine's report in 2008. His property is estimated at $3.5 million. An eight-member jury in Los Angeles found Pharrell William and Robin Thick to have breached the copyright right law when they used Gaye’s song in Got to Give it Up in 2015. To this, the family of Gaye was awarded $7.3 million in damages.

Until his death, Marvin Gaye fathered three children, Nona, Marvin III, and Frankie. He married Anna Gordy, but the couple divorced later. Gaye died on April 1, 1984, when his dad had shot him in the heart and left shoulders while in bed. This was as a result of a heated argument with ensued between them earlier after Gaye tried to separate a fight between his parents. He was pronounced dead at arrival at the California Hospital Medical Center. His body was cremated after the funeral and ashes dropped in the Pacific Ocean.