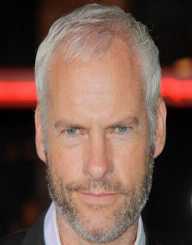 Martin McDonagh made a debut in 1994, writing seven plays, including ‘The Cripple of Irishmaan,’ ‘The Lieutenant of Inishmore,’ ‘The Pillowman,’ ‘The Beauty Queen of Leenane’ with most of them staged in London. He has also done some directorial works in movies like ‘Six Shooters,’ ‘In Bruges’ and ‘Seven Psychopaths.’ Martin McDonagh has won several awards for his works.

Martin McDonagh was born on March 26, 1970, in Camberwell, London, England. His father, who was a construction worker was from Killeenduff, Easky, County Sligo and his mother a housekeeper from Lettermullen, Connemara, County Galway. Martin McDonagh grew up with his brother John Micheal McDonagh grew up in London among the Irish community.

He received his education from Roman Catholic Schools. Martin McDonagh loved movies and his favorite actor during his young age was Al Pacino. At age 14 in 1984, Martin McDonagh was able to save enough money doing odd jobs to watch his first play, David Mamet drama, American Buffalo, which starred Al Pacino. His passion for the movie industry grew that at age 16, Martin McDonagh dropped out of school to pursue a career as a writer.

Martin McDonagh and his brother John without enough education to pursue their dreams at that time ended up picking odd jobs in supermarkets and as apart-time administrative assistant at the British Department of Trade and Industry. For the next decade, Martin McDonagh read books of his favorite writers like Jorge Luis Borges and Vladimir Nabokov and watched his favorite movies. Martin McDonagh also tried his hands at writing dark short stories set on folk tales.

Martin McDonagh wrote six plays separated into two series with the settings on County Galway and around. The first set consisting of The Beauty Queen of Leenane, 1996, A Skull in Connemara, 1997 and The Lonesome West in 1997were set in Leenane, a small village on the West Coast of Ireland.

His second trilogies, The Cripple of Inishmaan, 2001, The Banshees of Inisheer were also set across the Aran Island, off the coast of County Galway. McDonagh did not publish the third one as he saw it as not being good enough. In 2003, Martin McDonagh premiered his first non-fictional play, The Pillowman at the Royal National Theatre.

In 2010, he made his first play set in the United States, A Behanding in Spokane and premiered on Broadway. The lead actor for the play, Christopher Walken, gained a nomination for a Tony Award for Best Actor in a Play, for his outstanding performance. Martin McDonagh played a role of a killer in search of the hand he lost during his youth days. During this period, Martin McDonagh also wrote the award-winning radio playsThe Tale of the Wolf and the Woodcutter. His other works included the award-winning Hangman in 2015.

Even though Martin McDonagh started his career as a playwright, he has always maintained that he prefers writing films to play saying that he has "respect for the whole history of films and a slight disrespect for theatre." In an interview with Irish drama critic Fintan O’Toole published in BOMB Magazine in 1998, he stated that "It's not that I don't respect theatre. I'm intelligent enough to know that a play can completely inspire a person as much as a film...[but] theatre isn't something that's connected to me, from a personal point of view, I can't appreciate what I'm doing."

In another interview with the New York Times in 2005, Martin McDonagh furthered explained that, he "now seems more comfortably resigned to the storytelling powers of drama, if still dismissive of its inherent elitism. 'It's kind of weird working in an art form that's not, well ...,' Martin McDonagh stops and starts again. 'It's strange to be working in an art form that costs $100 to participate in.'"McDonagh's short film, Six Shooters, 2004, won an Academy Award in 2006.