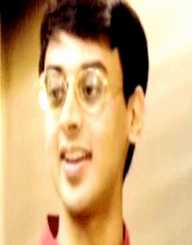 Manjul Bhargava, a Canadian-American Mathematician, was born on August 8, 1974, in Hamilton, Ontario, Canada. His parents were immigrants from India. His mother Mira Bhargava is a well-known mathematician and is a mathematics teacher at Hofstra University. He inherited his mathematical skills from his mother who was also his first teacher of mathematics. He grew up in Long Island, New York. A brilliant, sharp and exceptionally meritorious student, Manjul Bhargava completed all of his high school mathematics course and also the computer science course by the age of 14.

Manjul Bhargava attended the Plainedge High School in North Massapequa and graduated from there in 1992. He secured the title of class valedictorian during his graduation. Bhargava then started studying at the Harvard University and obtained his B.A. degree in 1996. He received the 1996 Morgan Prize for his research as an undergraduate. With the help of a Hertz Fellowship, he pursued his doctorate from the Princeton University under the guidance of Andrew Wiles and secured his Ph.D. in 2001.

Manjul Bhargava commenced his academic career as a visiting scholar at the Institute for Advanced Study during 2001-02 and the Harvard University during 2002-03. He was appointed as a full-time scholar by the Princeton University in 2003. He became the second youngest to be selected as a full-time scholar at the age of 28. He was assigned to the Stieltjes Chair at Leiden University in 2010. In 2013, he was elected to the United States National Academy of Sciences, the highest disciplinary academic body of the United States comprising subject matter experts who are supposed to suggest to the Government in the issues related to science and technology.

Bhargava has made many outstanding contributions in the field of Mathematics. He is best known for his number theory especially the Gauss Composition Law. In his Ph.D. dissertation, he generalized Gauss's classical law for the composition of binary quadratic forms to many other situations enabling the parametrization of quartic and quintic orders in number fields. It thus allowed the study of asymptotic behavior of arithmetic properties of these orders and fields.

Presently, Manjul Bhargava is the R. Brandon Fradd Professor of Mathematics at Princeton University and the Stieltjes Professor of Number Theory at Leiden University. He is also serving as the Adjunct Professorships at the Tata Institute of Fundamental Research, the Indian Institute of Technology Bombay, and the University of Hyderabad. Bhargava is associated with the GIAN  (Global Initiative of Academic network) which is Narendra Modi's (Prime Minister of India) brainchild, and he had discussed the initiative with former US President Barack Obama during his visit to America in October 2014.

Simplification of Gauss’s classical law for the composition of binary quadratic forms and deriving 14 new Gauss style composition laws is one of the original contributions of Manjul Bhargava. Besides this, he had also collaborated with Professor Arun Shankar and proved that the average rank of all elliptic curves over Q (when ordered by height) is bounded and that most hyperelliptic curves over Q have no rational points. Bhargava and Arun Shankar also proved the Birch and Swinnerton-Dyer conjecture for a positive proportion of elliptic curves in 2015.

Manjul Bhargava won the $10,000 SASTRA Ramanujan Prize which was awarded by SASTRA in 2005 at Thanjavur, India, for his outstanding contributions to number theory. He shared the prize with Kannan Soundararajan.

In 2005, Bhargava received the Clay Research Award. He was bestowed with the Leonard M. and Eleanor B. Blumenthal Award for the Advancement of Research in Pure Mathematics in the same year.

He won the American Mathematical Society's Cole Prize in 2008.

Manjul Bhargava won the Fermat Prize in 2011 for various generalizations of the Davenport-Heilbronn estimates and his startling recent results (with Arun Shankar) on the average rank of elliptic curves.

He won the first ever Simons Investigator Award in 2012.

In the same year, Manjul Bhargava was also awarded the 2012 Infosys Prize in mathematics for his extraordinarily original work in algebraic number theory. It has revolutionized the way in which number fields and elliptic curves are counted.

He was awarded the prestigious Fields Medal, the highest award in the field of mathematics in 2014 at the International Congress of Mathematicians in Seoul for developing powerful new methods in the geometry of numbers.

The third highest civilian award of the Indian Government, Padma Bhushan was awarded to Manjul Bhargava in 2015.

Manjul Bhargava describes himself as an Indian at heart. He studied Sanskrit from his grandfather Purushottam Lal Bhargava, a reputed scholar of Sanskrit and Ancient History. He is a great admirer of Sanskrit poetry.  As a child, Bhargava often used to skip classes. He preferred sitting in his mother’s classes instead. He is also an expert tabla player, having learned to play the instrument from the likes of Ustad Zakir Hussain.

Manjul Bhargava often travels to India from his residence in the USA. He used to collaborate with the Tata Institute of Fundamental Research as well as the Indian Institutes of Technology on pedagogical issues.