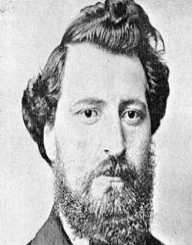 Louis David Riel was born on October 22, 1844. He was a Canadian politician. He is popularly known as the one who formed the Manitoba province. He was also the leader of the Metis people of the Canadian Prairies. David was a vibrant political leader, and he led rebellions twice against the Canadian government. He died on November 16, 1885, at the age of forty one.

Louis David Riel was born on October 22, 1844, Rupert’s Land, British North America. He was born to Louis Riel Senior and Julie Lagimodiere. He was brought up alongside six siblings. He started his education at St. Boniface where he was taught by Catholic Priests. In 1858, he joined the College de Montreal where he was under the direction of the Sulpician Order.  He was good at languages, sciences, and philosophy.

In 1864, his father died. The following year, he left the college since he lost interest in the priesthood. Later he worked as a clerk at the office of Rodolphe Laflamme. In 1866, he left Canada after an engagement he had entered into with a particular woman failed to materialise. After doing odd jobs in the United States, he returned to the Red River Settlement in 1868.

The people living in the Red River Settlement were mostly Metis. At that time they were racially segregated and discriminated since they did not have land to hold in their names. In short, the Metis did not have a title, and the government wanted to displace them from the said land by use of force.

In 1869, Louis Riel became the secretary of an organized group known as ‘Metis National Committee’ which was against the actions of the government. The President of the group was John Bruce. In the same year, Metis seized Fort Garry with the leadership of David since the government did not want to get into an agreement with them.

Later on, Louis Riel formed a provisional government which had its newspaper known as ‘New Nation.’ The government also established the Legislative Assembly of Assiniboia. Later on, the interim government failed, and David fled to exile in the United States. During his time in exile, it was reported that he was mentally unstable. He later went back to Canada and in 1882; he went back to the politics of Montana. He actively campaigned for the Republican Party. He then applied for United States citizenship after being accused falsely in a political dispute.

In 1883, Louis Riel got his citizenship via naturalization. The following year, he became a teacher at St. Peter’s Jesuit Mission in the Sun River District of Montana. In 1884, David went back to representing the Metis people by tabling their grievances before the Canadian government. A second rebellion did take place among the Metis, but this time the government overpowered them and ceased David.

In 1885, he was tried for treason, and the jury found him guilty and was sentenced to death by hanging. In 1885, he was hanged at the North West Mounted Police Barracks, Regina. On December 12, 1886, his remains were buried at the Saint Boniface Cathedral’s churchyard.

In 1881, Louis Riel married Marguerite Monet Bellehumeur with whom he had three children. He died on November 16, 1885, at the age of forty one.