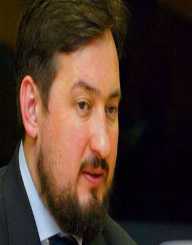 However, he later quit his association with the party. This was following allegations that he was a pro-Bulgarian politician. During a time of ethnic conflicts in his country, he tried his best to restore peace among these communities. The great politician has however faced many controversies during his political career. He has not only been accused of corruption but has also collided with other politicians and opposing parties. Aside from politics, Ljubco Georgievski has written poems, short stories as well as his autobiography.

Not much is known about the early life of Ljubco Georgievski.  The little known is that he was born on January 17th, 1966. His place of birth is in Stip County of the Republic of Macedonia.

He studied comparative literature at the University of Skopje. He later graduated with a bachelor’s degree on the same.

Ljubco Georgievski was only twenty when he helped in restoring Macedonian independence. This was through The Internal Macedonian Revolutionary Organization-Democratic Party for Macedonian National Unity. He helped form the party in 1990 and since then became the only party fighting for the restoration of Macedonia’s independence.

He was appointed as vice president of the Republic of Macedonia in 1991. While in power, he passed the new constitution and also declared independence for his country. He had great support from the people. However, he stepped down from this position after serving for a while. This was after he realized that he shared different views with the president at the time. He still stood his ground against the communist forces though.

In 1998, he was again in power in the government of his country. He was appointed s the third prime minister of the republic replacing Branko Crvenkovski. He remained in the position till 2002. During his time as prime minister, he saw to it that he restored the economy of Macedonia. He also signed a treaty with the European Union that ensured the stability of his country.

In 2001, he signed another treaty the Ohrid Agreement. This was a huge step that helped end the Albanian-Macedonian Conflict. He later lost his position as prime minister in 2002. This was after he lost the elections to the former Prime Minister Branko Crvenkovski.

Ljubco Georgievski later led a controversial life after losing in the 2002 elections. His political profile was tainted with accusations that he was a corrupt politician. Other allegations claimed him as a pro-Bulgarian politician. He, therefore, decided to quit his association with the party he founded. This was the Internal Macedonian Revolutionary Organization-Democratic Party for Macedonian National Unity. He then formed another party, VMRO-NP. He became a Bulgarian citizen later in 2006.

Aside from being a great politician, Ljubco Georgievski has also written some books. He has written two poetry books that have already been published. These include City and Apocalypse. He has also written short stories including Direct Interventions with Short Stories into the Anatomic Structure of History. He later authored Facing the Truth, a book that was published in 2007. In 2012, his autobiography was released with the title. It's Me.

Ljubco Georgievski has one child with his wife, Snezana Georgievska.