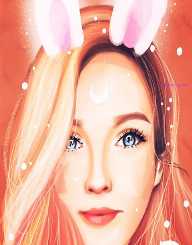 Born on October 7, 1992, Elizabeth Dior best known as Lizzie LDshadowlady on YouTube is a British social media personality and gamer. She is famous for her COD and Minecraft gameplay and her humorous nature. Her single-player Minecraft series Shadowcraft has gained her huge number of followers and subscribers. LDshadowlady’s channel currently has almost 3 million subscriberswith 977 videospost since 2010. She plays the games with her sweetheart and fellow YouTuber, Joel best known as SmallishBeans. Joel is also prominent on YouTube with over 1 million subscribers. LDshadowlady has also formed a female gaming group, Pixel Pact consisting Yammy xox, Vengelfe, MittyMoxx, NyanStrike, and Eleonora. The group also has affiliate members like Laurenzside and Kaleidow. Pixel Pact has about 50,000 subscribers.

Lizzie LDshadowlady was born on October 7, 1992, in England to parents in the health profession. Her father is a doctor and her mother, a nurse. Lizzie has a younger sister, Maddie. Growing up with an alcoholic mother, she hooked up to gaming and streaming in order to divert her attention from facing the realities of her life and surroundings. Her parents divorced when she was young. After her high school education, LDshadowlady picked a job with Toys Us before enrolling at the Liverpool University to study Computer Animation and Visualization. Prior to her college education, she attended the Gamefest expo where she met her current boyfriend, YouTuber, and gamer, Joel, also known as Smallishbeans. The shared had the common interest and hence developed friendship afterward. After her college education, she moved to Alexandra, Virginia to live with her uncle and aunt.

Lizzie LDshadowlady started her YouTube channel LDshadowlady in 2010 where she plays and post Minecraft games. She also plays Call of Duty, Gaia Online, and Sims. with and educational and informative videos about Minecraft, she gained huge followers and currently has almost 3 million subscribers. She created the single-player Minecraft series Shadowcraft to serve her subscribers with her delightful gameplay. She mostly plays with her lover Smallishbean and has posted several videos of the series for subscribers to enjoy. LDshadowlady put up the female gaming group, Pixel Pact with gamers like MittyMoxx and Eleonora among several others. She plays games like Crazy Craft 3.0, Ultra Hardcore, Captive Minecraft, Minecraft versus and enchanted oasis among several others. She plays all these games in collaboration with other YouTube gamers. Her passion for gaming makes her pick up challenges and plays with delight.

Lizzie LDshadowlady is in a relationship with fellow YouTuber and Minecrafter, Joel Bragg also known as Smallishbean who she met at a Game Fest. Raised as a Catholic, Lizzie has stated she is an atheist now she is a fan of animals and has a cat pet called Buddy.