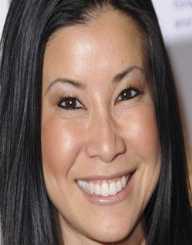 Lisa Ling was born on August 30th, in 1973. She is a famed American personality for her career as a journalist, TV presenter, and an author. She has hosted a number of shows in notable channels. Some of these shows include This is Life with Lisa Ling, Our America with Lisa Ling, National Geographic Explorer among others.

Lisa J. Ling was born on August 30th, in 1973 in Sacramento, California. She is the daughter of Doug and Mary Mei-yan. When Ling was about seven, her parents went separate ways. After this unfortunate event, Ling and her sister moved with their father to Carmichael, California. Growing up, Ling admired Connie Chung, an American journalist. She dreamt of one day becoming a journalist just like her.

In 1991, Lisa Ling joined Del Campo High School situated in Fair Oaks in California. After this, she went to the University of Southern California. Ling did not complete her studies at the university as she landed herself a job as a reporter with Channel One News.

Lisa Ling’s career on TV took off when she was chosen to host Scratch with four other TV hosts. When she clocked 18, she went ahead and reported for Channel One News. She began taking trips with the role that she had just landed with the TV station. Her reporting expertise earned her several awards and recognition.

Later, in August 2nd, 1999 she replaced Debbie Matenopoulosin the show called The View. She hosted the show for about three years and left to continue with international reporting.

Shortly after, Lisa Ling was offered an opportunity to host National Geographic Ultimate Explorer. She began hosting the show and continued with it in 2005 after its name was changed to National Geographic Explorer. While on the show, she is remembered for covering drug-related wars in Columbia. Similarly, she carried out an investigation into the prisons in the United States and some criminal gangs in California such as the MS-13 gang.

It did not take time before Ling joined the Oprah Winfrey Show as its correspondent. Soon, she began her show called Our America with Lisa Ling on February 16th, 2011. This show debuted on The Oprah Winfrey Network (OWN) and that it lasted for five seasons.

On September 28th, 2014, Lisa Ling began hosting another show called This is Life with Lisa Ling on CNN. Earlier on, in April, CNN had officially announced that Ling would be introducing her documentary on the TV house.

Lisa Ling wedded Paul Song on May 26th, 2007. Interestingly, some of the wedding guests included her icon Connie Chung among other notable personalities. Ling is a mother of two children. Her sister called Laura Ling is also a famous journalist.