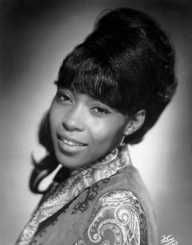 Thelma Bynem was born 4th June 1941, in Leesville, South Carolina, in the United States. Her father was the pastor of a church. As a result, Martell learned to sing as part of a gospel group with her brothers.

Martell changed her name from Thelma Bynem, and she began her musical career with the Angelos. She recorded a single with them in 1962 and followed up with further recordings in 1964.

Martell regularly performed at the Charleston Air Force Base. As a result, at one of her performances in 1969, Shelby Singleton discovered her. Singleton owned Plantation Records, and he offered Martell a contract to sign with his label.

Later that same year, Martell recorded Color Him Father. The single entered the Top 25 in the charts during 1970. She released her second single, Before the Next Teardrop Falls, which went to number 33. The Grand Ole Opry invited Martell to perform, and she was the first African-American woman to do so.

During her popularity, Martell was on several television shows. These included Hee Haw and The Bill Anderson Show.

Martell retired from music in 1974.

In an interview many years later, Martell advised she had retired from music to be with her young children. Her health also suffered from the toll that touring took out of her.

Martell only recorded one album, Color Me Country, in 1970. She released four singles, three of which made it into the charts.